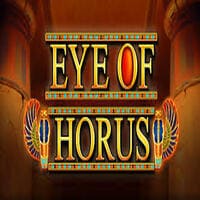 Been needing for some new cool jackpot titles to play? Well, brace yourself, because Blueprint Gaming has a surprise for you. The leading developer took a popular game, probably one of your favourites, and turned it into a jackpot title! Eye of Horus Slot is the slot that received a boost, as it is of now, added to the Jackpot King series.

Playing it, you will get a chance to win one of the three jackpot prizes, where the progressive one can make you a millionaire. Care to know more about the all-seeing eye? Stay with us!

One of Blueprint Gaming’s most successful releases has received a major boost. Eye of Horus Slot, the title that has been hugely popular across the developer’s partnered operators, has been added to its Jackpot King series.

Eye of Horus Slot is Reel Time Gaming’s original piece, which was transitioned from retail to the online gambling market by Blueprint in 2017. And now, it features more massive prizes hidden in the ancient Egyptian tomb.

The progressive jackpot can be hit during any spin, at any stake, while you’re on the hunt for mystery wins with the aid of the all-seeing eye. You can grab a million-worth reward while you’re playing for as little as £0.10, but of course, the chances of you winning the top prize would increase with bigger bets. Thanks to the Expanding Wilds and Upgrading symbols, you could get to your prize sooner than you expected.

While the progressive prize pool has created many millionaires since its inception, the two other pots have also delivered huge wins on a regular basis. The Royal and Regal pots, too, put the game in a strong position to reach a new audience who enjoy playing slots where they can claim the potentially game-changing jackpot prizes.

Jackpot King has proven to increase player engagement across Blueprint’s operator partners by up to 40% when used as an on-site dedicated jackpot feed. Add to that the fact that Eye of Horus is one of the best-performing land-based games in the European markets, which has become as popular with the online players, and you’ve got yourself the perfect slot, featured heavily among Blueprint’s operator partners for marketing initiatives.

Blueprint Gaming’s Statement on the Upgrade

Blueprint Gaming’s Director of Marketing Jo Purvis said that the all-seeing eye made a welcome addition to the developer’s Jackpot King series, which would enable players from all across Europe to enjoy a new way of experiencing the epic game.

Purvis added that including the hugely popular Eye of Horus Slot title and brand as a whole, within the progressive jackpot system, would significantly strengthen Blueprint Gaming’s offering and would open up the game to an alternative segment of players.

If you still haven’t tried it and you’re on the lookout for brand new progressives that you haven’t played, make sure you give Eve of Horus Slot Jackpot King a try. You would be amazed by the reward opportunities you’ll get, and maybe, you’ll be lucky enough to become the first millionaire made by this slot. Good luck!