iSoftBet Challenges You to Catch the Wanted Bounty Belles Slot 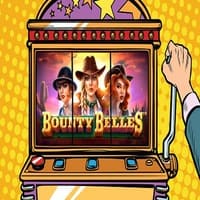 Ready for some Wild West adventure? Load your weapons because the Bounty Belles Slot are out there, and you need to chase them on the reels across iSoftBet-powered online casinos!

The Wanted notice is out, so the first one who gets to the femmes fatales will scoop the bounty reward. Make sure you’re the one who gets first to the best payouts!

iSoftBet, the award-winning developer, has released a brand new title called Bounty Belles Slot. The slot takes you on a Wild West adventure where you get to chase three beautiful female outlaws to get to the bounty prize. It is a highly volatile slot that can deliver payouts of up to 10,000x the stake, with a lower than average RTP of 95.99%.

The 243-ways-to-win slot follows the journey of the femme Fatales, which can, later on, allow for 1,125 ways to win. The excitement starts once you trigger the Bounty Boost feature. You can do that with a Wild Bounty Spin, where reels 3 through 5 are expanded to give you the 1,125 ways to win.

Whenever you land three or more Bonus Symbols, you trigger the action-packed Free Spins bonus game. Expanding Reels and Wild Bounty Spins are present here as well, but so are the Deadman’s Draw Multipliers. This is a feature where you see cards dealt at random before they are shot and disappear from the reels until only one remain. The Multiplier on that card is added to your next win.

You trigger the Wild Bounty when you land Wilds on the 1st and 2nd reel, and for any bounty symbol you land on consecutive reels, you scoop the cash amount instantly.

As you may as well know, this new title follows iSoftBet’s Book of Cai Shen, headlined by the Hold and Win and Megaways titles. The developer’s ever-growing portfolio of games brought it many nominations by respected sites, including the community-voted Game Provider of 2020 Casinogrounds Awards, and Provider of the Year and Game of the Year at BigWinBoard Awards.

The recognitions are to the point, considering the developer is active in 19 regulated markets all across the world. Therefore, if you’re a player at any of the biggest operators’ brands powered by it, you can get access to Bounty Belles and all the other best-performing games by iSoftBet. Hurry up and join one if you still haven’t, because the bounty rewards await!

The Developer’s Statement on the New Release

iSoftBet’s Head of Games Mark Claxton said that Bounty Belles challenged players to hunt the reels for the three fearless female outlaws and the staggering rewards that followed them.

With expanding reels, so many ways to win and so many innovative features, Claxton said that the game provided players with endless opportunities to get awarded the significant bounty rewards on the femmes fatales’ heads.