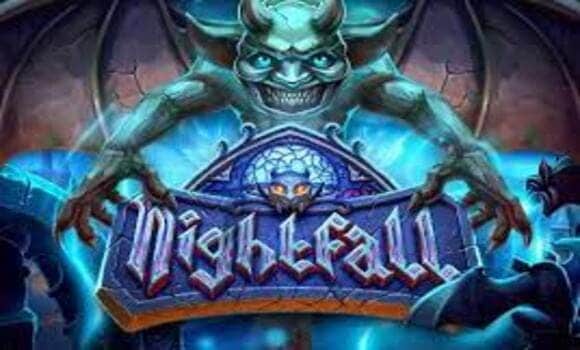 While we’re still not even halfway through it, this year has been monumental for slot fans. Developers and iGaming publishers have been on a hot streak of new releases, most of which tend to fall into this category. The variety of new games we’re now privy to is incredible. These titles come in all shapes and sizes, boasting fun themes, experimental gameplay, and prizes that are bigger than ever! One of the names mentioned frequently when new releases are in question is Push Gaming. The supplier is a big part of this trend, and it’s turning heads again with the release of the Nightfall slot.

Design and Appearance in the Nightfall Slot

It might seem like a superficial element to some, but a slot’s design can be a game-changer. Slots these days come in all sorts of interesting iterations, exploring themes that range from cotton-candy-inspired sugar-sweet dreamlands to action-packed adventures deriving from ancient myths and legends. While there’s nothing wrong with these classic themes, one category that seems to be lacking in slots is horror. It’s easy to see why developers tend to avoid this genre. It can be hard to execute, but with Nightfall, Push Gaming has managed to pull it off expertly!

If we had to describe the Nightfall slot in one word, it would be gothic. The game’s design is inspired by classic gothic elements, boasting an eerie atmosphere bound to send a chill down your spine. The premise is set in a creepy village, so you can expect the backdrop to feature a collection of unique architecture and a few menacing gargoyles here and there. This is all supplemented by beautifully-crafted symbols that feature animals in the style of broaches. On top of these, you’ll also find a few classic card symbols that are made to look like gems.

Features and Gameplay in the Nightfall Slot

Nightfall’s gameplay is a combo of traditional slot gameplay and exciting modern features. It has 20 pay lines and a prize slab at the top where the wins are displayed. Players can win these prizes by landing Fireballs on the reels. To snatch a prize, they’ll need to hit three of them and claim their reward! Of course, things don’t end there. Players can increase their win potential through Fireball Multipliers. These can go up to 50x the original bet and are a key feature in reaching the game’s max win of 20,000x.

Through the base gameplay, players will have the chance to land Wild Scatter Symbols that act as substitutes for nearly all other symbols in the game. On top of this, they’re instrumental in activating the game’s Bonus Round! When activated, players receive six Free Spins. Throughout its runtime, the prize slabs don’t change between spins, instead, they stack up the damage taken. To get additional spins, you’ll need to land three extra Wild Scatter Symbols. The good news, the number of retriggers available is unlimited!

Nightfall might be a stark contrast to some of Push Gaming’s fan-favorite slots, but that’s what makes it so exciting! Sure, happy-go-lucky titles like the studio’s Jammin Jars 2 are excellent picks, but the current market needs something edgier to shake things up and set the tone for a new era.