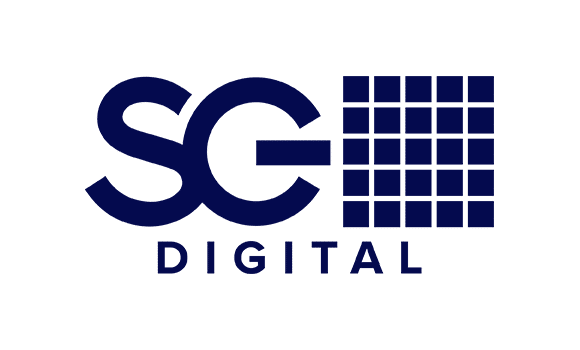 SG Digital is the newly established parent company to a number of different software companies and corporations all now combined under the one umbrella. These brands include the NYX gaming label as well as Scientific Games Interactive (SGI). As part of this, the company now offers all of the core elements that were already in existence within the Scientific Games Corporation – Lottery, Sports betting and Gaming. These span across the nine different companies that are now part of this group allowing them to offer in excess of 2000 games across an incredibly wide range of platforms that are all flexible with their integration with other software.

SG Digital is the digital section of Scientific Games, which has been in operation for over 85 years in its mission to provide the biggest and best gaming service to its customers. SG Digital itself was only recently formed at the beginning of this year, 2018. However, as part of Scientific Games, it had already been operating outside of this new format, producing games in its own right and then integrating a number of other companies into its subsidiaries. SG Digital is now being led by the previous CEO of NYX Gaming Group with whom this final integration was made possible.

This newly formed division of Scientific Games is a new beginning for the company and shows just how invested it is on making headway into the iGaming industry. Now that there is a specific section of the company dedicated to this area of iGaming, the company aims to continue delivering strong games, software and more to its entire client base. They have a long-term goal of being the number one provider of all things gaming, be it digital, sports, or lottery, and they look very set on making this goal a reality in a very few short years from now.

There are a number of companies that now make up SG Digital. As well as including the aforementioned NYX Gaming and SG Interactive, there is also Bally, Barcrest, WMS Gaming, NextGen Gaming, SG Universe, Betdigital, OpenBet and Side City Studios. A number of these companies operate in various parts of the world. For example, Side City Studios is a Canadian based company whereas NextGen Gaming predominantly works out of Australia. The company now has over thirty offices around the world meaning. That they’re able to serve more than two hundred different operators in their need for online casino games, live casino, sports betting and more.

The sheer range of games that SG Digital can offer is remarkable and all of them are kept at a high standard; nothing but the best goes out to the public. All of the subsidiary companies are in-house and it is them that provide all the various games. That are offered under the umbrella company. In addition, each of these studios has their own unique approach to creating the games as well as the types of games they offer. This means that SG Digital has an incredibly eclectic set of games. Catering to absolutely anything that a player, or operator, could want.

As we mentioned, SG Digital offers a huge number of games thanks to its acquisition of other gaming software companies. The company as a whole is able to offer standard content as well as bespoke items as requested by operators. All of the games are offered in either omni-channel Flash or HTML5 so that they can be accessed on any platform. There are a number of top slots available across the many providers. And though they may differ in style and theme, the studios all have a few aspects in common. Great rewards, continuous play and an ambient soundtrack.

Some of the top games at the moment are Hula Hula Nights and Snow Leopard from WMS Gaming. These slots are characterised by their great graphics. And decent return to player rates that can be as high as 98%. NextGen Gaming offers a number of exciting and colourful options including The Wild 3 and Samurai Split. Other games from Bally include Soldier of Rome, Barcrest’s Sword of Destiny and Rainbow Riches respectively. With the first of these offering a plethora of extra features including mighty reels and money burst. The best thing here is that there’s a constant flow of new games.

In the other game sections there is an ever-growing compliment of lottery games including scratch cards, keno, bingo and other probability related games. Operators are even given the ability to configure the prizes and properties so that they are unique across online casinos. In particular, the bingo rooms offer full flexibility for the operators with a back office system. That can make these games as specific to the operator as they wish. These games also cater to the players, offering as many as five jackpots per game, loyalty programmes and free tickets. All across a range of different bingo variants.

The extra games don’t stop here as there is also a comprehensive sports betting market available courtesy of the OpenBet software. OpenBet is a leader in this industry and offers a highly competitive. And well performing interface able to operate at high speeds. In fact, the sportsbook has processed over two billion bets. And coped with the Grand National betting surge in 2017, processing 68,000 bets per minute. This impressive resume stands OpenBet, and therefore SG Digital, in good stead when it comes to being a valued provider in this area. For players and operators looking for a comprehensive experience, SG Digital is the way to go.

SG Digital holds over forty licenses in order to comply with the various jurisdictions that it is a part of. These licenses are very necessary in proving to both players and casinos that the company is serious. When it comes to adhering to the rules and regulations pertaining to fair gaming. As well as having these licenses, the company, and all its subsidiaries, undergo regular auditing from third-party companies in order to ensure that the games are all operating in an unbiased manner. This helps to put players at ease when it comes to playing, allowing them to enjoy their experience.

SG Digital also looks to ensure that players can have a responsible gaming platform to enjoy. This is, in part, created by the fact that the operators all have self-exclusion policies in place allowing players to withdraw from the casino at any time. In addition, there are helplines and other measures in place for players to get more information. SG Gaming and the subsidiaries, also include features within the games so that players know how long they have been playing and what they have spent. Allowing them to keep track of their overall progress and monitor themselves in this way.

SG Digital is an exciting conglomerate in the casino world. The fact that it offers nine different companies under the same wing gives it the chance to reach a wider range of people. Coupled with this, their experiences can be tailored by the operators themselves. And will also be specific to the audience of that area. The games are all available in a number of different languages as well as multiple currencies. Thus making it one of the most well-rounded systems out there. Whilst players won’t find specific games by SG Digital, they now know which games belong under the name and can choose those games accordingly.