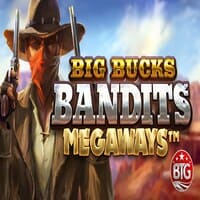 A few days ago, Yggdrasil announced the launch of its newest title, Big Bucks Bandits Megaways, developed by one of its YG Masters studios, ReelPlay.

The slot takes you to the Wild West and puts you to the frontiers of the duel between bounty hunters. You’ll enjoy the thrilling adventure, as jackpot prizes are for grabs, in addition to the exciting Megaways mechanics.

Get Ready for a Nail-Biting Duel in Big Bucks Bandits Megaways!

Another Wild West adventure is at your disposal, delivered to you exclusively by Yggdrasil and ReelPlay. Yggdrasil has announced the release of Big Bucks Bandits Megaways, the third slot delivered by ReelPlay as part of the YG Masters program. Under the license from Big Time Gaming, the slot features the mega-popular Megaways mechanics. However, it is also a jackpot slot, allowing you to land jackpot prizes of up to 1,000x the stake.

With 117,649 ways to win, Big Bucks Bandits Megaways is a medium to high volatile slot with an RTP of 96.10%. The first exciting feature you’ll come across is the Jackpot Heist Respin feature, which you will trigger when you land six or more Scatters. This is when the Respins count shows 3 Respins, but with each next Scatter you land, the count resets. Moreover, all Scatters you land is being held on the reels, so after you complete all Respins, you either get a prize for each of them or you hit a jackpot! Multiple Jackpot levels are available, with the top one paying 1,000x the stake, as mentioned.

The Double Cross Gamble is another feature you’ll greatly benefit from. This feature allows you to gamble your winnings. As you do it once, you can grab your winnings or continue gambling them up to 5x! The max you can win playing the slot is 10,000x the stake!

Yggdrasil and ReelPlay’s Statements on the Release

Stuart McCarthy, Yggdrasil’s Head of Partner Programs, said that Big Bucks Bandits Megaways was a slot that could provide players with immense excitement, thanks to the proven Wild Wild West theme, the

Megaways mechanics, the thrilling features and the huge payout potential of up to 10,000x the stake! Considering its potential and volatility, the game was suited for those players who were not afraid to take risks in order to scoop the best payouts, and it was an incredible addition to the developer’s ever-growing YG Masters portfolio.

David Johnson, ReelPlay’s CCO said that with the new release, the studio was introducing an enhanced version of the Jackpot Respins feature, which was very popular across the land-based games, on top of the unrivalled Megaways mechanics that proved mega-popular with players on the online gambling scene. Johnson also admitted that they were all very pleased to see how quickly they could create and distribute new titles thanks to Yggdrasil’s YG Masters program, and they were looking forward to building and strengthening their collaboration with the leading developer.