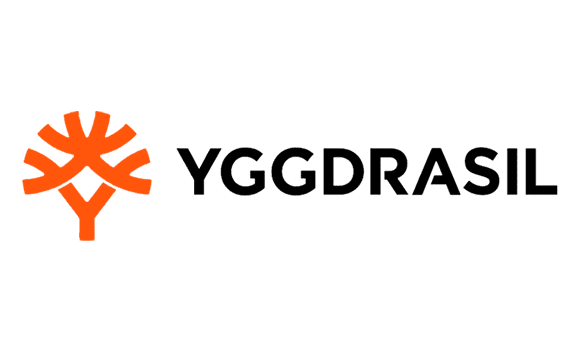 Yggdrasil Gaming may be the new kid on the block when compared to some of the stalwarts of the online gaming industry. But they haven’t let that stop their progression to the top. Despite their vastly shorter experience in the industry, Yggdrasil Gaming has made leaps and bounds with their gaming software, particularly when it comes to their unique and innovative slot games. Their gaming library may also not be as well-rounded as that of other companies, but their stunning graphics and almost unrivalled in-game features and bonuses make them a standout for players around the world and a top choice for many.

A Brief History of Yggdrasil Gaming

Yggdrasil was founded in 2013 when it received its first license. The company, like many others, started developing its games on Flash, but in 2014 they changed to the much more versatile platform of HTML. Even then, though, it took a while before Yggdrasil really found its feet. It wasn’t until 2015 that the company began to make any kind of impact on the industry. Standing out from the crowd due to the boutique nature of their games, Yggdrasil began to make a name for itself by offering engaging slots that were designed with a fresh approach. It was during this time that the company released its BOOST platform.

BOOST is a promotional tool that enables operators to tailor some of the games to their own platform. In the years following the release of BOOST, Yggdrasil released a number of other software options including the BRAG social media tool for sharing results with friends, bringing a greater interactive element to the gameplay. It also launched a series of missions as well as the White Label Studios section of the company. In the following years, more updates and software releases were achieved. All the while, the company was producing an ever-increasing number of top-quality slot games, each with exciting new features.

Yggdrasil Gaming is only about the slots and by focusing all their brain power on this alone, they have created a fantastic selection of slots! These games are all created by one of the best names in the industry. They are all masterminded by a man who once worked for NetEnt. Each and every one is unique, offering a range of exciting features, high payout levels, and above all, stunning graphics. Even the slot games that are sequels to others offer a range of exciting new in-game bonuses, helping to make them even bigger and better than the game that came before it.

It is safe to say that Yggdrasil has really raised the bar when it comes to slot games, offering slots that are vastly better than the industry standard. Since their rise to success, other providers have tried to emulate these games with some degree of efficiency. But we must point out that Yggdrasil is still clearly ahead of the pack. Games of note are the Vikings Go Berzerk series, which sees Vikings in various environments fighting for survival alongside some seriously good in-game bonuses. Whilst most games are standalones, an up-and-coming release, Nitro Circus, is the company’s first branded game, following the adrenaline-filled TV show of the same name.

When it comes to other games, Yggdrasil is notably lacking, though in this last year, they have started to branch out into the virtual table game genre. Once again, with their offering of Sonya Blackjack, Yggdrasil took the rule book and threw it out the window. Sonya Blackjack takes elements of the live casino genre and pairs it with the virtual world. Here, players get to interact with a realistic, motion captured dealer who can chat, deal and play the game almost as well as a real person. This game is all set to change the way players look at 3D online casino options.

The Sonya Blackjack game is constantly evolving and is to be the first of a series of such games with roulette and baccarat to follow down the line. Operators can also modify the characters to create something unique for their specific casino. As with live games of this kind, the new Sonya Blackjack and its subsequent siblings, will enable players to interact with each other, conversing as they play. Needless to say, they will also be able to enjoy the seamless crossover between online and mobile platforms. Enabling them to access this, and all other Yggdrasil games, wherever and whenever they wish.

Unsurprisingly, Yggdrasil Gaming has received a large number of accolades for its innovative work in the industry. The latest one, received just this year in 2018, was at the EGR B2B awards for Innovation in RNG Casino software. The company also won the Innovator of the Year 2018 award from the International Gaming Awards. Only a year earlier, in 2017, the company also enjoyed a win at the EGR B2B awards for Slot Provider of the Year. And Innovator of the Year from the International Gaming Awards. Which marked them as a constant threat in this area that other companies need to try and match.

2016 was equally as successful with yet another Slot Provider of the Year win at the EGR B2B awards. And Gaming Software Supplier of the Year at the International Gaming Awards. In the first year of the company releasing a game, 2015, they instantly earned themselves recognition with the Rising Star Award from EGR as well. All in all, these stellar awards clearly indicate the impact this company is having. They may not have as many wins under their belts. But they’ve got the ones that matter and have well and truly made themselves known as a company to take notice of.

Yggdrasil takes all the gaming fairness and responsible gaming aspects very seriously. To start with, they are fully licensed and regulated by a number of different authorising bodies. Including the Malta Gaming Authority, the UK Gambling Commission, the Gibraltar Regulatory Authority and the National Gambling Office. Holding these licenses means that the provider has to adhere to strict rules. And regulations regarding fair gaming and is audited to this end on a regular basis. This gives players the comfort in knowing that they can play the Yggdrasil games in a safe and secure environment. And be able to expect wins on a regular basis.

In terms of responsible gaming, Yggdrasil complies with all industry regulations with all games being developed for adults only. The company makes sure to have a setting on their games which enables players to see how long they have been playing for. How much money they have spent and lost. Players can also lock themselves out if they feel that there is a problem arising. The reality check aspect of these features is integral for any of the Yggdrasil games in order to comply with the rules from the UK Gambling Commission. For Jackpot games, the final total is always clearly displayed so that players can always see it.

At the end of the day, Yggdrasil is one of the best providers out there. It offers such an amazing range of games that players can never be bored. With each game being released offering something new and exciting, players find themselves waiting with baited breath to see what they offer next. The only quibble here is that they don’t release games as often as the other providers. Meaning their game collection is still relatively small. But the games are great quality when they are, so we cannot really complain! Yggdrasil rounds this all off with great safety and security features, ensuring players have nothing but a positive time.