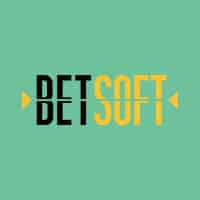 Betsoft is one of the oldest software providers out there and though it specialises in slots, it does offer a range of other games as well. However, the slots are so popular due to their high quality and extra features. That players can be forgiven for forgetting about the full complement of other games that are available. Dedicated to producing nothing but the best, Betsoft has become one of the best providers in the industry, securing themselves a worldwide, loyal client base. If this wasn’t enough, all their games are diligently certified to ensure player safety at all times.

A History of Betsoft

Betsoft has been around for some time as it was established in 2006. Since the company was established it has made leaps and bounds in its progression within the industry. However, for years, they floated along producing relatively decent games, but it wasn’t until 2010 that they really hit the big leagues. This was due to their first Slots3 release – a slot game platform that features stunning 3D animation and graphics, something that has now become synonymous with the brand. The following year saw them release their first ToGo slot, putting them right into the heart of the mobile platform. It was only up from there.

In 2014, the company gained their license from Malta, ensuring that they offered top quality and safe games to their players. Two years later, in 2016, the company made the all-important shift from the previously used Flash platform to the more adaptable HTML5 one. This transition meant that all their games could now be mobile compatible. The same year, the company entered the illusive Italian market gaining licenses from the required authorising body. From that point on, Betsoft has gone from strength to strength, partnering up with a large number of top providers across the world, all of whom offer their games.

The slot games are what have given Betsoft such a big name. The 3D slot games have garnered particular success within the industry. These slots offer a cinematic experience by providing detailed graphics alongside bold colours and some rather epic 3D effects. The company actually aims to offers movie standard quality, which would explain the grandiose nature of these games. They also create slots with a wide range of themes in order to capture the interest of as many people as possible. Without doubt they are the industry leaders in 3D slots as well as being the first company in cross-platform gaming.

There are so many excellent 3D slots available that it is rather hard to choose any of the best ones. At the end of the day, player theme preference will come into it, though some do offer varying bonuses as well. The company is quite quick to produce new games and has a library that is a few hundred games strong already. Some notable new releases include Dragon Kings, The Golden Owl of Athena and Ogre Empire. Some of their more established games include Charms and Clovers, A Christmas Carol and Weekend in Vegas to name but a very few.

Betsoft offers a very impressive table game selection as well. This includes a number of baccarat, blackjack and roulette versions that enable players to choose bet size, limits, betting options and much more. There are also a large number of other virtual table games. That are less commonly found in online casinos and these include 3 Card Rummy, Oasis Poker, Red Dog, High/Low, Top Card Trumps, Craps and Caribbean Stud poker. Each of them are offered using nothing but the best animation, providing a seamless experience. The options are so wide that almost anything a player could want, they have.

No casino is considered complete without at least a few video poker options and Betsoft more than adequately caters to that with 26 different games under its name. There are a number of options, including multi and single-hand options. Alongside a plethora of extra features that give players a better chance of increasing their winnings, while never getting bored. Their game collection doesn’t end there, though, as there are a number of odd little games featured, including some entertaining scratch cards and even a virtual racebook, which offers a 3D experience of horse racing betting from the comfort of the player’s home.

Betsoft is a company that builds its reputation on being trustworthy, safe and reliable, so they make sure that they comply with all requirements in this area. As part of the proof towards their integrity, Betsoft holds a number of licenses. That include the Malta Gaming Authority, Curacao and the Danish Gambling Authority. To comply with the fair gaming regulations, their games are also regularly audited by independent companies including Quinel. Which has been working in the industry for over ten years and holds a stellar reputation in this area. Some of the games are also certified by NMI Gaming Labs.

Betsoft also takes into consideration the need for responsible gaming. With this in mind they ensure that there are options available for players to get help if needed. This is generally through the online operator’s platform and includes such things as the ability to self-exclude from games. As well as the offer of assistance and counselling through helplines and websites. The games offered by Betsoft also feature reality checks giving players hourly updates on how long they have been playing and what amounts they have won or lost. This helps players to keep track of the playing hours and potentially nip any bad habits in the bud.

It will come as no surprise to learn that Betsoft has collected a whole host of awards over the years. Just this year alone, Betsoft has claimed a number of the most prestigious awards out there. At the recent G2 Asia Awards, the company collected the award for Best B2B Digital Platform. And Software Solution in a hotly contested category. The 2018 Malta iGaming Excellence Awards also saw Betsoft claim the Best Casino Supplier award. With the win being predominantly attributed to the impressive Slot3 series as well as the HTML5 platform. And operator integration system that the company provides.

The company also had a lot of success at the LC Awards in 2017. Walking away with a number of awards under their belt. To add to this, they have partnered up with a large number of operators who have also won a large amount of awards over the years. These awards, whilst not being solely attributed to Betsoft. Were definitely helped in some way as they reference the range of games and services provided. Only made possible by what the providers can offer the online casinos. In essence, Betsoft keeps itself in pretty good company with whom it works.

Betsoft may not be one of the go-to names for a complete set of casino games, but it nevertheless offers an excellent and well-rounded online platform. It has a healthy selection of carefully created games which are perfect for completing any online operator’s game library. The beautiful 3D slots offered by Betsoft are an absolute must. And the fact that they are available to Americans is really the icing on the cake. These 3D slots truly offer an experience like no other, bringing with them the experience one would find in a land-based casino coupled with some great winning odds and stellar payout opportunities.