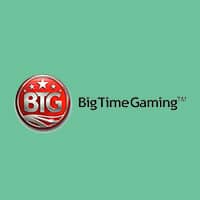 Big Time Gaming is one of the newer and smaller companies to grace the online casino software scene. Its success goes to show that big things can indeed come in small packages. One might expect that the quality would suffer when compared to other companies that can utilise the talents of hundreds of employees. But this is not the case. In fact, their games are better than those coming from many other bigger companies, as each is finessed and given huge attention to detail. In addition, the company has spent time developing unique in-game software which adds a little something extra to their slots.

Big Time Gaming was founded in 2011 and even after all these years, remains a small developer. Its three founding members, however, have very strong backgrounds in the industry – each of them having worked for other companies prior to joining Big Time Gaming. Knowing what players want has allowed them to get ahead of the game in many respects. In fact, two of them worked and founded NT Media (with one of the pair also being the director of OpenBet) and the other worked at Rockstar Games. Between them, this small team has an astonishing three decades of experience.

Thanks to these previous connections, Big Time Gaming is able to enjoy close ties with both OpenBet and CORE Gaming. To the betterment of both. The company as a whole takes pride in the fact that they are innovative and are still able to compete on an international scale with some of the much larger software companies. These innovations are clearly seen in the Megaways software that they build into their games, but also in their ‘reactor’ slots and other games that are on offer. Despite being small, Big Time Gaming has its finger in many pies, with all that it touches becoming a resounding success.

As one might expect, the main games that come from this company are slot games. Each of these games is available in a number of different languages. In an attempt to offer them to as wide a customer base as possible. Thanks to the partnership with OpenBet and CORE, Big Time Gaming is able to offer these slots to a wider audience than its size would have normally made possible. CORE is also instrumental in helping Big Time Gaming move their games from a Flash setup across to the more updated and accessible HTML5 format. Enabling their games to be available on the mobile platform as well.

Big Time Gaming’s slots are always innovative and contain unique characters and in-game bonuses. Bonanza, Extra Chilli and White Rabbit all have the Megaways software. Which creates a large number of different paylines, making them extremely fun to play. Not all their slots have this feature but they all have decent return to player rates, great bonuses and stunning graphics. In recent months, Big Time Gaming has made further industry connections. And is now on the verge of releasing an impressive Megaways game of Who Wants to be a Millionaire. This game will launch on both Quickfire and Scientific Games platforms making it the biggest network slot release ever.

Big Time Gaming also has a small collection of virtual table games which are in the form of roulette and blackjack. These games, similar to their slots, are all carefully crafted and feature top-quality graphics. The company also creates lottery games for various game developers, all of them operating the strictest gaming markets. This means that Big Time Gaming must adhere to some serious regulation. And fair gaming policies within each jurisdiction and we will outline how the company goes about achieving this later on in this article. Big Time Gaming’s products don’t end there, either. If it’s instant wins you’re after, look no further.

Big Time Gaming has also created a small series of scratch cards for those players who want an instant win, or a softer approach to gaming. These scratch cards (TapCards) have been slightly re-imagined and are perfect for this digital age. Big Time Gaming’s TapCards work in a very similar way to scratch cards with players simply buying a card and virtually rubbing off the areas to reveal their prizes. There is a chance to win some decent jackpots on these games. Including some progressive jackpots, making this a potentially very lucrative game for players. A successful initial release will see this soon brought to North America.

Being so small and young, Big Time Gaming can be forgiven for not having quite as many accolades as some of its peers. However, this isn’t really an issue as anyone playing the games will soon see just how good they are. Awards really are more for showing off than to actually demonstrate prowess to the players. Although, of course, we all like to put a few trophies on our wall now and again. Big Time Gaming’s first major win of the year came in February from casino associate giant, Casinomeister. Big Time Gaming was announced as the top slots provider on this site.

Specifically, the provider won the award for Software experience for the games Bonanza and Danger High Voltage. It should be noted that this is a particularly great achievement as this is a reward that is very player-oriented site. Rather than being judged by CEOs and other high-ranking executives in the industry like other award ceremonies are. This success just goes to prove that Big Time Gaming is on the right track. We should also point out that with only three slots entered into these awards, the other companies far outnumbered them, yet they were still able to win with two out of three! Not bad going.

When it comes to fair gaming Big Time Gaming has all bases covered. They hold numerous licenses from some of the top jurisdictions around the world. Important licenses that they hold include the UK Gambling Commission, Alderney Gambling Control Commission, the Gibraltar Regulatory Authority and a license with British Columbia. All these jurisdictions have strict rules and regulations on how gaming software must be offered. A big part of which has to do with fair gaming and player protection. To that end, Big Time Gaming is also audited regularly to ensure that the games operate in an unbiased manner, putting player’s at ease when they settle in to play.

Big Time Gaming also ensures that their players are safe and secure when it comes to their own enjoyment of the game. They are a donor and member of the Responsible Gambling Trust. So they make sure that their games are up to that standard. To that end, Big Time Gaming has a series of games that all offer reality checks. Which inform players how long they have been playing and how much they have won, lost or wagered. As well as a number of ways to self-exclude. Its partnership with other companies allows them to also share helpline sites for those that think they might be in trouble.

Big Time Gaming may be small but their offerings aren’t. Dedicated to achieving a well-rounded product, the company is continually improving and partnering up with other like-minded companies. These collaborations help everyone and help to further the common goal of making players happy. Their slot collection may not yet be a large one, but what is there is highly enjoyable with some really great return to player rates. With other new innovations on the horizon and bigger partnering to be seen, we can’t wait to see what else this company will produce and if they will turn their hand to other games.