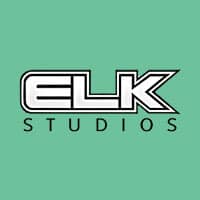 ELK Studios is a relatively new iGaming provider that started out with one aim in mind. To offer a range of great slots to their loyal customers. Their games have become very popular as each one is a work of art. Complete with incredible detail in every imaginable aspect. This high quality work of theirs has paid off big time as their slots can now be found all over the place. At this moment in time their collection is still small. They have just twenty games to their name, but the sheer quality more than makes up for this.

A Brief history of ELK Studios

ELK Studios was first established in 2013, in Sweden, and they released their first game a mere month after becoming established. A month after that, their second game appeared. Showing just how determined they were to make an impact on the market. In the years that followed, production of the games grew slower as the company itself began to grow. However, these games arrived at a consistent rate, always offering players high quality both in graphics and in gameplay, clearly demonstrating the fact that they were more interested in providing quality rather than quantity – something we can all appreciate.

By 2016, the company was becoming recognized within the industry and started to receive nominations for their games. This was helped along by the studio heading out to various expos and conferences to help showcase what they could offer. For instance, 2017 saw them head out to London’s ICE. The following years saw the company touring Malta in an effort to get to know the industry better. And this was when they started to win accolades instead of just receiving nominations. With games now being released every couple of months. The company is on the rise, and with a regular slot at ICE we’ll be seeing more of them.

The company only offers slot games and each of these offers graphics to rival the very biggest of software companies. Furthermore, they all have excellent soundtracks and music. Though the graphics are detailed, they are often quite cartoony. Which can be off-putting to some, but they do have some more conventional, traditional retro style slots to balance things out. The gameplay offered is smooth and there are innovative and unique gaming mechanics inside every slot. This latter feature is quite hard to achieve seeing as there are already so many slot games out there. Yet they still manage to do it!

There are a number of top slots that should be given a chance and these include The Lab, Wild Toro and Hong Kong Tower. Some of them offering as much as 3000x the initial bet. Most of their slots are situated in the mid to high variance range meaning that players can expect some good payouts. But not necessarily that often. Some of the slots are also quite streaky so you need a lot of luck. Or time, to pocket a win. The RTPs of the games on offer cover a range from 94% through to 96%. Which puts them at a nice average within the industry.

ELK Studios also has a number of Game Control features that are unique to their slots. The most important one of these is the Betting Strategy menu. Which gives players a number of different options in the off chance that it will help give them a better edge over the game. This can be turned on or off, depending on the player’s preference. The strategies are really about betting more. Rather than using a flat betting strategy, so it is arguable whether it actually works or not. Therefore, we would advise players to use this option cautiously and to monitor their bankroll.

The other feature is called Game On. This is a small loyalty reward program that is triggered automatically when the player has spun the reels twenty five times using real money. This will actually pay out some free spins instantly. However, this feature being in use is at the discretion of the operator rather than Elk Studios. So players might have to search a while to find a casino that actually has this feature turned on. For the most part, though, their slots are eminently playable and give high levels of entertainment. Even if players aren’t able to win the big bucks every time they play.

ELK Studio games are all regulated and certified in a number of jurisdictions, enabling players from around the world to access them. This licensing in the major jurisdictions also goes towards proving that the software provider is committed to offering a fair gaming platform for all their players. These jurisdictions always have regulations regarding the fairness of games. And because of this, ELK Studios undergoes regular third party audits to prove to players. And operators alike that everything is running in an unbiased manner. This gives the players peace of mind to know that they are getting a fair and positive experience.

They are also committed to ensuring that players are able to play responsibly. With that in mind, their games all have reality checks integrated into their operations so that players are reminded when they have been playing for extended periods. All the slot games also have a clock as part of their format. So that players can see what time it is and how long they have been playing. In addition, the operators that Elk Studios work with all have self-exclusion options and helplines for players that might be feeling that they have a problem or the gambling is becoming too much.

ELK Studios may still be new but they have already managed to scoop a big award at one of iGaming’s most prestigious events. In 2017, their game Wild Toro became Game of the Year at the EGR Operators Awards, showing clearly their intent to progress and improve. We can only imagine what they can achieve after a few more years of experience under their belt. When it comes to players, their games have been voted best slots a number of years running. For example on Casinomeister, offering an added degree of recognition for the company.

Elk Studios is integrated with several multi-provider operators so their games can now to be found at almost every major online casino. They have also striven to achieve a near perfect mobile experience. It is one thing to create a game for the desktop. But if the game is not optimized correctly for the smaller mobile or tablet screen, some game aspects can be lost. Players that open their games on one of their mobile devices will notice that the game fits exactly to the screen and loses none of the functionality or exciting animations and features that are part of the game.

ELK Studios offers excellent games with great playability. Though it is unfortunate that they don’t have so many games to choose from just yet. However, they are highly accessible as they are fully mobile compatible and are offered at most of the bigger and newer online casinos. Added to this, they are available in over twenty languages alongside the pertinent currencies. A further minor quibble here is that while they do have some innovative extra in-game features, things such as an autoplay function with stop functionalities is missing, but at the end of the day that’s hardly a reason not to play them!