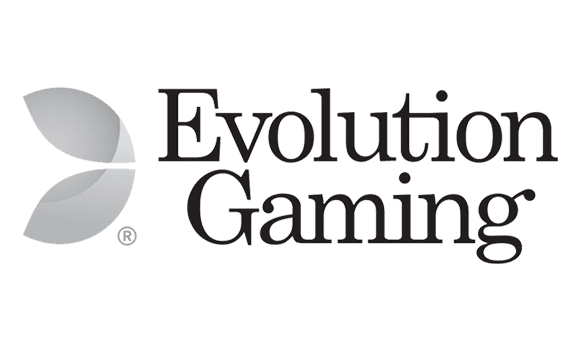 Evolution Gaming is a relative newcomer to the online casino scene. Instead of having a strong contingent of slot games as most casino software providers do. Evolution Gaming chose to take a different route and instead opted for producing live casino games. Taking over this niche was an excellent plan in this ever-competitive online world and has resulted in the company being the foremost provider when it comes to top quality live games. Their games follow the standard rules for each table game option and come in a number of proprietary and common-domain games, something we will outline in more detail later.

A Short History of Evolution Gaming

Evolution Gaming was founded in 2006 and instantly made it their mission to revolutionise the live dealer platform in Europe. To this end, the following year the company signed a number of operator deals with the likes of Gala Coral, William Hill and Gaming VC, instantly getting their foot in the door and their work off the ground. In the following years, they signed up with more and more operators. including the German-based sports betting site Bet-at-home.com. In 2009, their live studios in Riga underwent a massive upgrade, quadrupling in size in order to cater to the increased interest from players around the world.

During this overhaul, the VIP studio opened up for the high rollers. 2010 saw further expansion of the studio, with the extra area allotted to dedicated tables and environments as requested by licensed operators. This simply helped to make the Evolution Gaming platform even more sought after. In 2011 and a number of awards later, the Riga studios were relocated to even larger premises. And by 2013 these studios had become the biggest in the industry, with one hundred tables in operation. The Malta studios opened up the following year, and by 2016 the company had six separate studios on the go, with possibilities to expand even further.

Evolution Gaming’s live casino games are second to none. They also hold the most comprehensive library of games on the market. As well as the standard roulette, blackjack and baccarat options, there are also numerous pokers. Including Three Card, Caribbean Stud, Casino Hold’Em and even Texas Hold’Em. The list doesn’t end there as they also offer a live Dreamcatcher game, which is a money wheel aimed more at the slot game contingent that might frequent these games. For this game, players simply bet which number they think the wheel will stop at, receiving a corresponding payout. Dragon Tiger is the last option and is a game similar to baccarat.

There are a number of different variants available, particularly when it comes to blackjack, baccarat and roulette versions. Roulette, for example, has a massive twelve different options including Dual Play, Native Speaking, Double Ball, Immersive and Slingshot, as well as the standard European and American options. Blackjack has five different options all based around the betting that can be made. Baccarat, on the other hand, has eight variants including Squeeze, Control Squeeze, Speed and a number of options. Regarding the bets that can be placed. Each of the games is available in a number of different languages. Though this will depend on where the player is based.

Recently, the company has also branched out into offering some progressive jackpot games. Usually synonymous with slot games, these progressive jackpots are linked to a number of the poker options. Such as Casino Hold’Em Jumbo 7 Jackpot and Caribbean Stud Poker Jackpot. The first of these two actually comes with an initial one million euro jackpot and is the largest live casino jackpot in the world, though to win it requires a seven card straight flush! Similar to the slot progressives, the more player the game, placing bets however small, the larger the jackpot can potentially grow.

A final, rather unusual game that has been added to the Evolution Gaming library is that of Live Football Studio. This is actually a card game that has a live match commentary and discussions about live football fixtures. Two cards are placed facing upwards on a table looking like a football pitch and all a player has to do is bet for a Home Win, Draw or Away Win. To add to the ambiance, the dealers host the game in a sports commentator style, especially if there is a big fixture on. In this fashion, players can be kept up-to-date with the football at the same time.

Evolution Gaming has seen a huge amount of accolades come their way. Partly due to the fact that there isn’t any real competition for them in this area. Their first win came in 2010 at the EGR awards for the Best Live Casino and also Software Rising Star. From this point on, Evolution Gaming hasn’t looked back, picking up award after award. As they released new games and evermore immersive ways of offering live games, the provider continued to earn themselves awards. Their first game win happened in 2014 with their Immersive Roulette winning EGR’s Live Game of the Year award.

Unsurprisingly, 2015 saw Evolution Gaming win the EGR Live Casino Supplier of the Year award for the sixth year running – an impressive achievement given the competitive nature of this industry. During this year, Evolution Gaming made an even bigger leap forward. Blurring the boundaries between live casino games and land-based casinos even further with their release of Dual Play roulette. This game is situated in the Dragonara Casino and allows online players to play alongside those in the casino. 2018 has seen Evolution Gaming receive many more awards. Not least a ninth consecutive EGR win for Live Casino Supplier of the Year, and we’re willing to bet this will continue.

Due to the strict nature of this industry and the hazards that can befall unwary players, Evolution Gaming makes every effort to ensure that its gaming platform is safe, secure and abides by the rules set out by various jurisdictions. At this juncture we should just outline the jurisdictions where Evolution Gaming holds licenses. These are the Alderney Gambling Control Commission, the Malta Gaming Authority, the UK Gambling Commission, Kansspel Commissie, Romania National Gambling Office and the Canada BC Gaming Services provider. The provider is also licensed in Italy, Denmark, Spain and the first live casino provider to be given a waiver to operate in New Jersey, US.

With such a long list of licenses, it is important that Evolution Gaming adheres to all their policies, which, for the most part, revolve around gaming fairness and helping players be responsible in their gambling habits. This includes ensuring that players have the option to self-exclude themselves and also to maintain high levels of gaming fairness. To this end, all studios have fully trained croupiers as well as pit bosses monitoring proceedings. It’s not only in the areas surrounding the players that they excel but also in the working environment they provide, ensuring that all workers are treated well and with integrity across the board.

Evolution Gaming provides an absolutely world class live gaming platform. Second to none, the games are available in a number of different languages offering professional, polite dealers across the board. There is an ever-growing number of live games available, each with varying tables and bet levels to ensure players of all budgets can have a chance to play. Fully secure, players can rest at ease knowing that there is no fraudulent activity occurring behind the scenes. Evolution Gaming is also not one to rest on its laurels, constantly striving to produce something bigger and better for the industry as a whole.