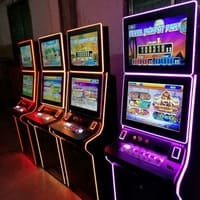 The UK Gambling Commission never stops introducing changes to its gambling rules and laws, to strengthen player protection. This time, the regulator, in consultation with stakeholders, the gambling industry, players and the public, has introduced four key slots features banned in online slot games. The new changes are intended to make these games less intensive and to give players far more control over their gambling.

As it was published on the 2nd of February, 2021, the UK Gambling Commission has announced a set of brand new measures that will four key slots features banned in online slot games, with the aim to strengthen player protection and give players more control over their gambling habits.

These new strict measures ban features that speed up play because as it turns out, slots which offer them have by far the highest average losses per player of all online gambling products. Slots players, brace yourself because the following key features in your favourite games will no longer be available:

As you can see, these are changes that developers would need to have in mind when designing their games.

In addition to these, the UK Gambling Commission also introduced some changes that operators need to follow. Operators will need to implement even tougher player protection measures to ensure that the games offered are less intensive, too. During any online slot session, they would have to clearly display to the players their total wins or losses and the time played. They would also need to stop offering players the opportunity of using reverse withdrawals, because of the temptation to continue gambling. The function that previously allowed you to re-gamble the money you had previously requested to withdraw is as of now banned.

Well, not exactly as of now. The new changes to slot games will need to be fully implemented by the 31st of October, 2021, so you still have the time to enjoy your slots as you know them. As of October, that will be it for them.

Statements by the UKGC and the Minister for Sports, Tourism and Heritage

The UKGC’s Chief Executive Neil McArthur said that they’ve introduced the ban on features that gave the illusion of control over the slots’ outcome or faster play, to make them safer. Since the evidence showed that these features increased the risk of harm to players, they also introduced a ban on losses disguised as wins, the auto-play feature and slot spin speeds faster than 2.5 seconds. As McArthur explained, that was an important step in making gambling safer, and they were determined to take any opportunity to do that wherever the evidence showed possible.

Nigel Huddleston, Minister for Sports, Tourism and Heritage welcomed the UKGC’s tougher new measures as they continued the comprehensive review of gambling laws in the country, to ensure they were fit for the digital age. Huddleston said these steps would help curb the intensity of online gambling, strengthen player protection and reduce the risk of gambling harm.