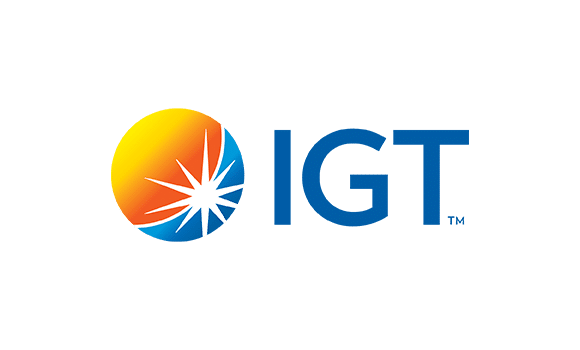 IGT Gaming is one of the biggest names in the world of gambling whether it is on or offline. They have an incredibly large portfolio with hundreds of different games to their name. All of which can be enjoyed by players the world over. Though they dominate in the land-based casino sector. They have also made successful inroads into the online platform. With a number of excellent offerings under their IGT Interactive division. In this area, they have more than 300 games including slots, video pokers and table games, all available at a number of the highest online operators in the iGaming world.

IGT Gaming was founded in 1976 where they initially created games for land-based casinos. These games were very popular and still are to this day. In 1990, the American-based company was added to the New York Stock Exchange, making it publicly traded and increasing its popularity on a global scale. In the years that followed, IGT Gaming began to adapt even further, evolving with the growing online market. During this period, IGT acquired a number of smaller companies that now exist as subsidiaries of the bigger company and include Barcrest, Sodak and, more recently, WagerWorks. Their online division has now also partnered up with a number of different operators.

In recent years, IGT’s focus has shifted more to the online world, though they still have a huge influence in brick and mortar casinos. Most of their games have made the transition across platforms, enabling players to access any of the games, wherever they choose. Over the years, IGT Gaming has continued to broaden its market, enabling it to reach an ever-widening pool of players. By merging with GTECH in 2014, the lottery company, IGT truly cemented its status as one of the largest gaming companies in the world, able to offer an almost endless and varied supply of games to an international audience.

IGT has thousands of games under its belt, but here we’ll just take a look at their slot options. Their slots come in a whole variety of formats from standard five reel, three-row options through to slots that have hundreds of ways to win. These games also generally have a really good return to player rate with the average sitting at around 96%, which is a pretty decent payout for any game on the market. The games also come with a number of exciting bonus features, including the usual fare of free spins, multipliers, various wilds and other bonus games.

In some games there is the possibility of triggering entire screens of high paying symbols – we’re thinking Black Widow here, as well as others that have re-triggering options, high payouts and more. Some of their best games include the likes of Cleopatra II, which is one that has dazzlingly high multipliers; Siberian Storm with its 720 different ways to win, Da Vinci Diamonds with high payouts and a Dual Play sequel. Whatever game is chosen from their slot repertoire, players are guaranteed a fun time and the distinct possibility of a really big win to remember their experience by.

IGT’s other games also offer stellar options, and of particular note is the video poker selection they have available. These games have clear user interfaces, great graphics and even better payouts. Their Jacks or Better option, for example, offers an incredible 99.54% return to player rate! They have numerous other video poker options as well, all of which maintain a very high standard of play. There are a number of virtual table games in their collection, including roulette in various forms. They have good odds and offer the La Partage rule for an even better player experience, particularly the American audience who aren’t used to it that low.

The complete selection of table games includes a number of blackjack variants, baccarat, Texas Hold’Em, Caribbean Stud and more. In fact there are over 15 different table game options all in virtual form. We should probably slip back to the slots here and mention that there are also progressive jackpot slots available as well. Their most famous are Wheel of Fortune and MegaBucks. With the former actually paying out relatively often and always in large amounts. To round off the games, don’t forget that most of the slots are also available in land form and, in most cases, on a global scale.

It will come as no surprise to learn that IGT Gaming has a plethora of awards behind it. They have earned awards at most of the largest award ceremonies including the International Gaming Awards, Powerbucks, eGaming Review B2B Awards, Silver Telly Awards, Technology Awards and many more. Their awards span all of the various casino platforms including mobile and online. Some of the categories that they have won include the Best User Experience for Mobile, Land-based Gaming Innovation of the Year, Casino Product of the Year, Casino Equipment Supplier, Best Technological Innovation, Innovative Gaming Technology Products and Video Production to name but a handful.

Many of their branded film-related games like Avatar have also received numerous awards after their initial release, gaining the company interest from the film world as well. Some of their most recent awards include their responsibility to the gaming community as well as to the way they are certified. They even have awards for workplace diversity, winning Leader of the Year at 2017’s Women in Gaming. These awards go to show how committed the company is to not only provide excellent services to players and operators. But also to the workers behind it all. Maybe the inclusion and happy workforce is key to their continued success in the industry.

International Gaming Technology holds numerous licenses from around the world in order for its games to be available to the masses. These licenses also have strict regulations in place put there by an authorizing body in order to protect the players and the operators that offer the games. These licenses have strict requirements when it comes to gaming fairness and to that end. IGT undergoes regular auditing from third-party companies to ensure that all the games are running in an unbiased manner. This enables players to play with full peace of mind that they are not being cheated in any way.

IGT also makes sure that their online platform is a responsible one. Offering their games in demo mode so that players are not required to put in money to have some fun. They also have reality check functions popping up to inform players how long they have been playing for. As well as how much they have spent, lost, or won. The online casinos that IGT works with also have self-exclusion programmes. In place as well as contacts to helplines so that players have someone that they can talk to if they believe that their gambling has started to get out of control.

IGT offers an excellent range of slots that can be found anywhere, both on and offline. The company has also been around for years, cementing it as one of the more solid companies out there. The company excels in other games, such as video poker, and they offer an intuitive game platform not often found. Their jackpot games can also be highly lucrative even in their non-networked forms. However, some might argue that the slots can look a little dated and not all are optimized for mobile use. Nevertheless, we definitely recommend IGT, so head out and give it a few spins.