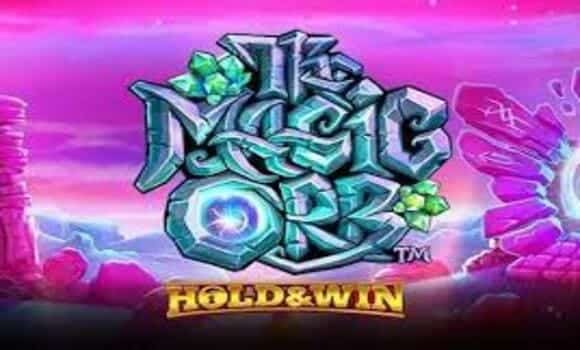 If you’re an avid online casino fan, you’ve likely noticed the push for new content that’s been going around lately. Publishers and developers alike have stepped up their game to dish out top-tier new content that all players can easily get behind. While some of these new releases have been hit-or-miss titles, iSoftBet doesn’t seem to have that issue, not even with the new the Magic Orb Slot!

The supplier and content aggregator has been pretty consistent in releasing hits, and The Magic Orb is no exception! The latest addition to its slot collection boasts more than a few unique gameplay elements and a fun theme that awakens our curiosity for all things otherworldly. Don’t miss out the new second slot from iSoftBet.

The Magical Theme in The Magic Orb Slot

We’ll start by saying that the theme of The Magic Orb slot is nothing we haven’t seen before. The slot is inspired by mystic forces from a different world, channeled through gems as its conduits. While there are hundreds of slots that feature gems and magic, this particular slot offers a fresh take on how these elements look and the kind of feeling they evoke.

The game does this through its unique design. The gems, which are the featured symbols in the game, are beautifully illustrated to showcase their mysterious charm. The same goes for the titular magic orb. The entity depicted in the orb is terrifying and fascinating at the same time, drawing players in and inspiring them to try their luck with this adventurous title.

Lastly, the mystical theme of the slot is felt with every glance at the game’s background. The whimsical planes behind the reels give off a dream-like tone players can’t get enough of. The image is serene, in a way, but promises adventures beyond anything we can ever imagine in our world!

The magic of the game’s design easily translates to the gameplay. The 7×7 slot has tons of exciting features, including Cluster Pays, Modifiers, Multipliers, Wilds, Respins, and more!

The magical orb is placed right in the middle of the grid, randomly triggering a random Mini Modifier or a Bonus Round. There are several different ones in the game, each bringing something new to the table. Based on the modifier, you can receive Multipliers, extra random Wilds, symbol transformations, and a feature called destruction, which only leaves one type of pay symbol on the grid.

It’s worth noting that to get a payout, players need to land at least five matching symbols in one cluster. While you’ll receive a worthwhile reward from any of them, the golden gems are the best as they come with 500x multipliers if certain conditions are met.

Two other features that might impress players here include the Hold & Win and the Free Drops. During the former, players trigger a Pot Prize worth 25x, 50x, 100x, or 250x their bet. They’re guaranteed at least one of these prizes, so they win something either way! To win the latter, players must land three Bonus Scatter Symbols. When the Free Drops are active, the multiplier increases by one for each cascading drop. Of course, this is on top of the modifiers awarded by the orb!