iSoftBet’s Moriarty Megaways Was Launched in the Most Spectacular Way! 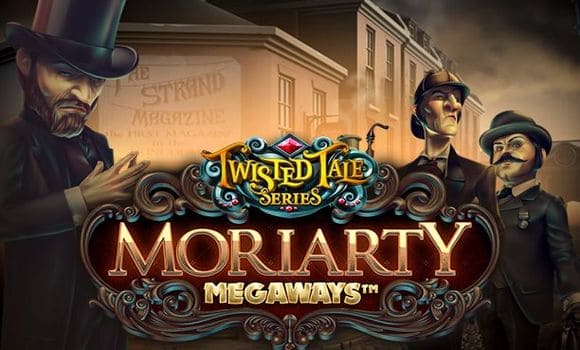 Following an exclusive launch with William Hill, iSoftBet has released Moriarty Megaways across its partner operators. The developer’s flagship title of the year is officially launched network-wide.

The feature-packed slot with an unforgettable murder-mystery theme revolving around the virtual Moriarty is expected to become an instant hit. It was launched in a land-based event where guests could experience the slot on a different level.

iSoftBet has launched Moriarty Megaways, its flagship title for 2021, on general release after an exclusive 10-day period with William Hill. The title is the latest in the leading slots developer’s Twisted Tales series of epic slots, which sees exciting stories, given the developer’s “Serious Fun” treatment. In this slot, in particular, we see the popular villain from Sherlock Holmes’ stories becoming the protagonist to deliver an engaging gaming experience.

There’s no one in the world who doesn’t recognize the extraordinary detective Sherlock Holmes and his loyal sidekick Watson, as well as their arch-nemesis and criminal mastermind, the known James Moriarty, the focus in Moriarty Megaways.

You will be immersed in the gloomy London street where you’ll be searching the reels for treasures, while also triggering features like Max Megaways, which will provide you with up to 352,947 ways to win, or the Mystery Symbols, taking you to payouts of up to 37,500x the stake.

Staying true to the Twisted Tales narrative, iSoftBet has also used voice actors to add an extra layer of thrill. And in line with the “Serious Fun” mantra, the developer also hosted an event on the 18th of May, for prospective clients, customers and the media, composed of senior industry professionals from operators like PokerStars, LeoVegas and Betsson, as well as the industry media SlotBeats and CasinoBeats. The guests could examine the game in detail and engage in a slot tournament, which was followed by a murder-mystery event allowing them to split into teams and crack one of the detective’s famous cases. The event ended with a “Dark & Secret” cocktail.

In just 12 months, iSoftBet managed to launch nine Megaways titles, such as Majestic Megaways and Aztec Gold Megaways, and Moriarty Megaways is the latest and most epic one.

iSoftBet’s Statement on the Epic Release and Event

iSoftBet’s Head of Games Mark Claxton said that they’ve been all waiting for the release all year and were delighted with the results. The slot combined more features and excitement than they’ve ever included in a game, as well as a huge win potential, by combining unique iSoftBet features and the mega-popular Megaways mechanics.

Finally, he explained that the Twisted Tales games had proved a huge hit with both players and operators, and Moriarty Megaways took in-game excitement to new levels, offering so many ways to win big. Plus, Claxton added that the launch lined perfectly with Arthur Conan Doyle’s birthday, the one who created Sherlock Holmes.