Microgaming Takes You to Africa, the Wild West and the Jungle, New Slots in October 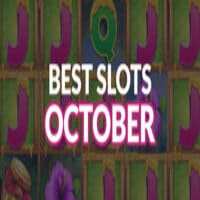 Microgaming has presented its game release schedule for new slots in October. Get ready, because you’re going to embark on adventures across Africa, the Wild West and the jungle!

The new action-packed games that will be released to its platform this month would provide you with so much fun but will also take you to the most incredible wins. Check them out!

Microgaming, being the awesome developer that it is, has prepared an exciting slot release lineup for this new slots in October. In addition to the games developed by its network of exclusive independent studios, you will see the release of games by its growing network of content partners.

Developed by Slingshot Studios, the latest jackpot slot to join the developer’s renowned progressive jackpot network is African Legends. The epic safari-themed slot was already released on the 6th of October, offering 243 ways to win. It is packed with special features, such as Rolling Reels, Wild Blast Multiplier Trail and the mighty Wow Major jackpot, which seeds at €50,000. This jackpot, the second-highest tier of WowPot progressive jackpot, has paid out over €16 million this year.

Following a successful exclusive launch period, Western Gold arrives on the 13th of October, developed by Just For The Win. The 40-pay-line slot comes with high volatility and will take you on an exciting Wild West adventure. On the 15th of October arrives 777 Royal Wheel, a classic-themed 5×3 reel slot by Pulse 8 Studios, packed with Respins, an up to 24x Wild Multiplier and a randomly triggered Wild Reel.

Moving on, on the 20th of October, we will see the release of a sequel to Microgaming’s classic Tarzan slot, the Tarzan and the Jewels of Opar, developed by Gameburger Studios. Based on the 1918 novel of the same name by Edgar Rice Burroughs, this slot will take you on a journey to the city of Opar where you’ll search for precious stones and riches. The jackpots, which can be triggered with Scatters, can deliver prizes of up to 50,000x the stake. And the wheel of Priestess La may deliver up to 30 Free Spins for legendary wins.

All41 Studios created another Wild West-themed slot, Wanted Outlaws. To be released on the 27th of October, this high-volatility slot with up to 3,125 ways to win, thanks to the Nobleways mechanics, will take you to the most incredible wins, such as cash bounties of up to 200x in Free Spins via the special Wanted Posters.

Other Slots to be Added to Microgaming’s Portfolio

In addition to the slots developed by its independent studios, as mentioned, Microgaming will add a new selection of titles from its growing network of content partners, Eyecon and Gold Coin Studios included, which will release Fluffy Favourites and Aquatic Treasures, respectively. On the 5th of October, Big Time Gaming dropped one of the three new games, Royal Mint. The Chocolates arrived on the 12th of October, and The Final Countdown is set to be launched on the 26th of October. So, stay tuned and wait for these epic titles to arrive across all Microgaming-powered online casinos.