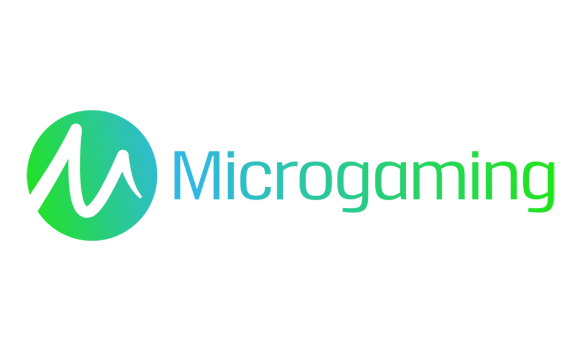 If you are at all familiar with the online casino world, then you have no doubt heard about Microgaming. This company is one of the longest game suppliers in operation and arguably the pioneer of the online gaming world. From a relatively modest beginning, Microgaming products can now be found in online casinos all over the world. From slot games through to virtual table games and video poker. The company produces everything a player could want – and more. Unfortunately, not all players get to enjoy the excitement of this company as US players are now not accepted by Microgaming casinos. Thanks to a change in US gambling laws.

A Brief History of the Company

The company’s story really begins back in 1994 when they released the first online casino named The Gaming Club. From this point on, they grew in leaps and bounds, soon having more than 70 casinos to their name. In 2004, Microgaming made yet another leap forward thanks to technology, with the release of the first mobile casino. It’s not only for these technological advances that they are well-known for, but for also their incredibly diverse set of casino games; of particular note are their progressive games, which have seen a lot of success, but more on those a bit later.

The headquarters of Microgaming is now found on the Isle of Man, where it is manned by a full complement of dedicated and enthusiastic staff. Culture is an important aspect for the company and with this in mind, Microgaming has a Culture Ambassador programme in place. All of this was designed to give the company a solid structure, whilst keeping the people at the heart of it throughout. To round off Microgaming’s stellar points, they also hold a number of accolades in various areas, especially the sheer range and quality of the games available, the details of which are below.

Slots have long been one of the favourite genres of games in newer online casinos, and Microgaming takes steps to ensure that their portfolio is full to the brim of top offerings. Not only do they produce great games, but they are able to work alongside a number of big names including a range of movie and TV slots that include the likes of Terminator 2, Lara Croft, Jurassic World and more recently, Game of Thrones. It’s not just licensed games that they offer though. Microgaming has a great in-house team that specialises in creating iconic games right from scratch. Notable games here include Immortal Romance and Thunderstruck.

It doesn’t stop there, though. Microgaming also creates bespoke games for those operators who wish to be able to make slight changes to the games offered. As we touched upon earlier, Microgaming has also had huge success in the progressive jackpot genre, particularly with the African-themed Mega Moolah. This game has paid out in the millions a number of times and continues to do so. The incredible sums often won by players through this game is actually due to the fact that Microgaming has the largest progressive jackpot network in the world. Allowing players from all over the world to access these games.

Other Games and Products

We should not neglect to talk about the other games in Microgaming’s repertoire as each of these offers stellar gaming options as well. First up is their poker network (MPN), which coincidentally happens to be the longest running network in the world since its launch in 2003. Offering 24/7 action, bonuses, side games and tournaments, this is the place to be if you love poker. Microgaming also runs a bingo platform complete with a full chat function that allows players to converse with each other. This is actually similar to the multi-player games offered in the slot section, allowing players higher levels of interaction.

Last, but by no means least, is Microgaming’s live casino. The company came to this area of gaming a little later than others did. But this has not slowed them down. The live dealer games are all state of the art and include high definition live streaming, multiple languages, great customer support and the facility to have multiple games running at the same time. The games are available across both mobile and desktop platforms making them highly accessible. Top games include a number of blackjack, baccarat and roulette variants. All with a function to notify you when a table opens up – meaning you’ll never have to miss out again!

Awards are not the be all and end all of a company, but it is nice to know they’ve won a few things. When it comes to Microgaming, the list might be shorter if we went with what they haven’t won! Some of their best achievements include numerous software related wins at the EGR B2B Awards from 2010 through to 2017. They have also achieved various awards for excellence starting with the IOM New Organisation of the Year award in 2006. And going through to the Sure Award for Workplace Wellbeing in 2017. They’ve also won awards for social responsibility and independent thinking along the way.

Microgaming has a number of Global Gaming awards tucked under their belt as well earning themselves the Spark for Change Award in 2017. Other international gaming awards include a 2016 win for innovation in that year and the best mobile product in 2017, just going to show how much the company is intent on improving. Finally, they’ve also won the BEGExpo Awards for game portfolio in 2016. With all these safely collected over the years, it’s easy to see why they are so respected in the industry. They also have a long list of what makes them great for players in terms of fair gaming. Which we’ve outlined below.

It’s all very well to have great games, but if there is no trust from the players or the industry as a whole, then a company is doomed to fail. Particularly in the gambling industry, trust is everything. To that end, Microgaming has incorporated strict fair and responsible gaming policies into their work. For instance, Microgaming was one of the founding members of the company eCOGRA. A global company that audits and regulates online casino games. It was established in 2003, though has since been bought out to cement its independent status and is largely considered the foremost auditing company for casino games.

Microgaming is also a member of the Remote Gambling Association (RGA) in an effort to highlight how important they feel their responsibility is to the industry as a whole. The company was founded in 2005 in an effort to protect suppliers. And operators and to ensure that all members maintain high levels of integrity and player responsibility. Lastly, all of the products offered by Microgaming are regulated by two of the biggest governing bodies in the online casino world – the Malta Gaming Authority and the UK Gambling Commission. These licenses also serve to prove just how fair Microgaming products are.

Microgaming maintains incredibly high standards in all that it does and offers. In the past, there were a few – not so great – casinos under their wing. But thanks to stricter standards, the vast majority of operators using their games are highly reputable. As a player, you should be aware that not all the games offered have the best odds. With the exception being their video poker games, which are some of the best around. Added to this, payouts for progressive games are paid out promptly and in full. Which is something that really stands in their favour. High-quality games coupled with professionalism is a combination that cannot fail.