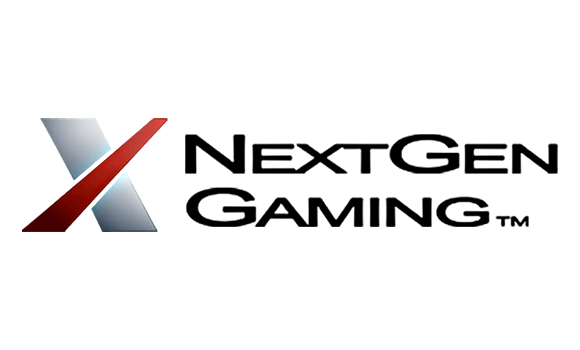 NextGen Gaming may be a somewhat small slot provider when it comes to the grand scheme of things in the iGaming industry. But it nevertheless offers some excellent games and has some big clients backing it. Unlike other companies, NextGen does not offer operators a full casino package. But rather provides an additional set of features that can be easily paired with that of other providers. Creating a well-rounded and varied casino platform. All of their online games are high quality slots that come with many fun extra features. Making them a popular addition to the online casino world.

A short intro to NextGen

NextGen Gaming has been around for a while as it was founded in 1999, giving it an edge when it comes to some of the newer companies out there. The company, originally based out of Australia, now has a number of offices in London and Stockholm. The company’s particular focus is on the way their games look, play, and feel, and it is all done with the player in mind. Players can be forgiven for not being familiar with their brand as in 2011 NextGen merged with NYX to create NYX Gaming Group and then later it became a subsidiary of Scientific Gaming.

All of their software and work is in the B2B area of the industry. Which means that their games are often actually released under the name of another company. Often Quickfire or Amaya Gaming. One of the things that sets them apart from other companies though, is the fact that they offer a separate software and engineering department that helps them to integrate their products seamlessly with that of other companies. Constantly striving to come up with innovative techniques and offerings, NextGen also has the distinction of being one of the frontrunners in bringing free games to social websites.

NextGen aims to ensure that their slot games are the best around. As we mentioned, their software is adaptable which allows them to work on a range of platforms as well as ensuring there are land-based and mobile options available. Part of what makes these games so exciting and successful is the fact the NextGen has put a lot of effort into understanding the way player’s move as well as ensuring. That the international market can access their games, helping them keep that competitive edge. The team of workers behind the games are all creative and they are the main reason NextGen slots have a unique and colourful feel.

NextGen Gaming slots have a number of defining characteristics, including one-of-a-kind bonus features which help these games stand out from the rest. They also have a nice balance of other, more standard bonus features, including free spins, scatters and multipliers. The graphics are always detailed and on point, usually very vibrant in their colour and accompanied by an appropriate soundtrack. However, their graphics are not as sharp as some other companies’ as NextGen is often considered a background slot rather than the feature attraction. That being said, their slots still offer good payouts and have average return to player rates.

NextGen has a number of unique bonus features hidden within their games, which we will discuss here. First up is the ‘Slide a Wild’ feature. Which gives the player control over where some of the symbols are placed as well as their specific behaviour. This essentially enables the player to determine the volatility of the game. Through strengthening the power of the wild while having fewer wilds in place. DYNAREEL is another feature where the reels aren’t stationary but actually become an even more integral part of the game, offering prizes and even helping to activate the bonus features.

The Up Wild feature makes the wild symbol move vertically up a reel. As it does so it will leave other wilds behind it. This is actually triggered by just one symbol and can occur across multiple reels at the same time. Another feature is the Select-a-Play and this gives players the choice between higher value multipliers. And fewer free spins or more free spins but a lower multiplier. Again, this enables players to choose the volatility level of the game. The final feature is the Super Bet that gives players the chance to make a side bet offering even further rewards.

NextGen Gaming takes great care in ensuring that all players are safe and secure when playing their games. To this end, NextGen holds a number of licenses in various jurisdictions around the world. Most notably one from the UK Gambling Commission. This authority, in particular, is known for being very strict, specifically when it comes to fair gaming. Though all aspects of the industry are of equal importance to create a safe environment. Because of this, NextGen undergoes regular third party auditing to ensure that it’s games are operating fairly. And that players can enjoy an unbiased and positive gaming experience.

The company also endeavours to offer players a responsible gaming platform to enjoy. This means that they have a reality check in place keeping the player updated as to how long they have been playing online as well as informing them how much they have spent, won and lost. In conjunction with the big name operators that NextGen works with. There is the opportunity for players to self-exclude from casinos if they feel that things are getting out of hand. In addition, most of the operators have helplines or links to responsible gaming websites in place so that players can seek help if needed.

Though NextGen Gaming has long been a part of NYX Gaming, they have still managed to scoop some rather prestigious awards in their own right. In fact, a number of awards that NYX has picked up since their merger was truly down to NextGen gaming. In 2013, the parent company received a number of awards at the RNG Casino Supplier of the Year Awards. The following year, the company scooped an impressive prize when they won the coveted Special Achievement Award at the EGR Awards. Of course, we don’t like to say it’s all about winning awards. But it’s nice to know that a provider is recognised within the industry.

The parent company has also won a number of awards for its ability to integrate different software and platforms through the use of its Open Gaming System. It is recognised for being an industry leader in this area and has the ability to offer operators one of the widest portfolios because of this. The parent company has also got an award-winning sport betting section called OpenBet that is used by many top bookmakers across the world. Though not specifically provided by NextGen Gaming, this high level of game production from the company as a whole. Demonstrates the quality of the company NextGen.

NextGen Gaming may not be as in-your-face as other companies in this industry, but it nevertheless works well behind the scenes, offering an excellent set of games for players to enjoy. The company offers a number of rather popular slots including Dolphin Reed and Medusa. All of which have additional bonus features that are not available on any other game providers’ games. These games offer undeniable fun and thanks to their partnership with a number of other providers and operators, can be found at many venues (both online and offline), across the world. With that in mind, we do suggest heading out and trying a couple.