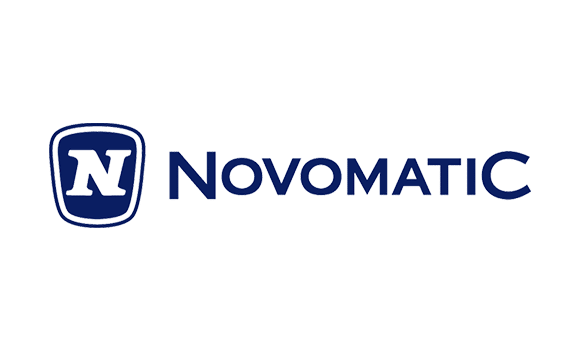 Novomatic has a thorough grounding in the casino business, having been around long before iGaming was even a twinkle in anyone’s eye. The company was in fact, and still is, one of the largest land-based casino suppliers in the world. Their full and rather lengthy immersion into the casino game world. Has enabled the company to make a smooth transition into the iGaming world, offering up a whole host of exciting and innovative games. The company is still growing and now offers its products to over 70 different countries around the world, firmly cementing itself as a provider to watch and trust for your gaming needs.

A Brief History of Novomatic

Novomatic is an Austrian-based company that was founded back in 1980. During this time, it was a predominant supplier of all things casino but with a particular focus on in-house slot machines. Very soon after the company came into existence, it began expanding into other European countries including France, Germany and the Netherlands. In the following years it quickly garnered a strong global following thanks to their innovation in hardware for state-of-the-art slot games. Throughout the Eighties, the company continued to grow and at the start of the new decade, branched out into other casino game areas – this time, into the world of poker.

By 1993, the company had expanded further into new emerging markets in more than thirty different countries and was becoming recognised and registered in numerous jurisdictions. The company made further leaps by 1997 in innovation, by introducing the first crossover game that blended live games with multi-player technology, notably through their TouchBet Live-Roulette game, offering as many as 250 players access at any one time. By the early 2000s, Novomatic was represented in the majority of European casinos and began to finally turn their sights to the online gaming casino world. Doing so by fully acquiring Greentube in 2011.

Novomatic slots have enjoyed just as much popularity online as they continue to have in land-based venues. Now, the game provider offers over 40 slots, all generally following the standard five-reel setup, along with some classics as well. These slots are characterised by fun, brightly coloured graphics, each designed to please the eye. However, in order to keep players on their toes. They’re usually accompanied by a little twist in the way the game is played, offering a different take on some of the more standard in-game bonuses. Added to this, all the slots have the perfect soundtrack, designed to complement the game rather than to distract from it.

For the most part though, players won’t find any progressive Novomatic slots on any platform. However, their slots do have decent jackpots within the games themselves. Offering up big payouts if players can land the right combinations. Golden Sevens and King’s Treasure both offer whopping payouts that can be as much as £100,000 if a player gets lucky. Most of their slots also have the gamble feature in place. Giving those players who like an additional bit of risk, the chance to double their luck. The provider has also gone mobile, enabling many of their games to be accessed on the go.

While it is usually the slots that are the go-to game for most players. Novomatic also has a very wide array of games in other genres, specifically in the virtual table game arena. Baccarat, blackjack, roulette and sic bo can all be found as part of their repertoire. Each of which has a number of different options available to players. Their sic bo games are particularly notable as they offer better than average odds, increasing the chances of players winning. Their roulette games are the main feature here and all of these are European oriented, again giving players better odds.

The company also has a pretty decent selection of video poker options including a number of top favourites such as Jacks or Better and Joker Wild. In each game, the setup is such that players will be given the probability of each win as well as the possibility to nab a progressive jackpot that will pop up at every fourth game. However, they do offer some rather unconventional paytables, which is a little disconcerting especially for new players. Be that as it may, the video poker games still offer up some amazing returns. None of the games offering an RTP less than 97%.

It is unsurprising to know that Novomatic has been the recipient of a large number of awards over the years it has been active. For a number of years, Novomatic has been awarded Austria’s most dynamic brand award in the category for Big Player. First claiming it in 2005, and repeating the feat the following year. The years 2008 and 2009 saw further winnings in the areas of Export Trade and Austrian Band Value. Thus proving again and again, how good they are in the industry. It wasn’t until 2010 that the gaming industry started recognising them for their work as game developers.

This recognition came at the G2E Awards in Las Vegas where their multiplayer platform was awarded Global Gaming Magazine’s Gaming Technology Award. For the ‘Best Table Game Product or Innovation’. In other areas, Novomatic continues to reign supreme. In the ICE Totally Gaming events of 2015, 2016 and 2017. Novomatic made a splash by showcasing 25 companies under their portfolio in a massive booth totalling 4500sqm. The following year saw them establish themselves as a full-service developer in the gaming industry as a whole. Novomatic looks set to continue this upwards trajectory, poised for more growth and awards in the future.

In order to bring its games to the widest possible audience, while offering peace of mind in terms of safety and security. Novomatic holds licenses from jurisdictions around the world. Predominantly based in Europe, they have gradually gained licenses with all the main markets. Including Germany, France, the Netherlands, Italy and more recently, the United Kingdom. The company has also branched further afield by getting its Canadian license in 1995. And then making in-roads into licensing agreements with various casinos based in parts of South Africa. This continued with more African licenses and eventually, a foray into the South American region.

These licenses all stipulate that games must be fair and in order for that to happen, the provider must abide by strict regulations. This means that players can rest assured that all the games are operating in a non-biased fashion. A fact that is confirmed on a yearly basis, thanks to third party auditing. The company also strives to ensure that players know how to play responsibly. And to that end have additional features within their games so that online players can keep track of how much time and money they have spent on the game. The company also has a staff training program in this area.

Despite having been around for such a long time, Novomatic does not offer as wide a range of gaming options as one might expect. It seems the company is still in the process of gaining an online foothold. Which they are doing in part by converting their land-based casino games into online ones. Any land based casino gamer will certainly recognize the same Novomatic games if they play at an online casino. Priding itself on quality over quantity, Novomatic games are a great choice for any online player. Added to this, the wide range of quality online casino partnerships allows players from all corners of the world to access them.