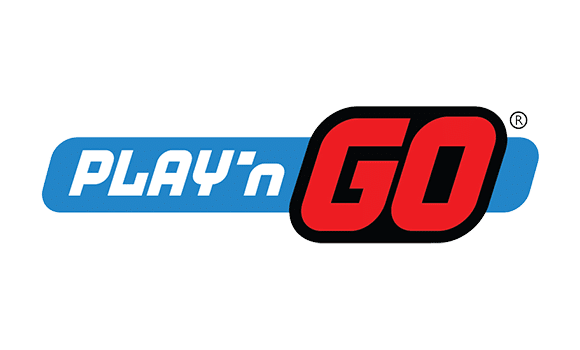 Play’n GO has been around for a while but it has only been in the last few years that the company has truly come into its own. During the last decade or so, they have produced a number of excellent games in various genres, providing a trusted service to players and operators alike. The games are characterised by their top level graphics as well as the fact that the company has a strong foundation in mathematics, ensuring that all the games they offer are fair and unbiased. Unlike other companies, however, they don’t strive to be the biggest company, but rather the best.

A Brief History of Play’n GO

Play’n GO is mainly based in Sweden though it does have offices in Hungary and Malta. The company itself was founded in 1997 and, thanks to two decades of experience, has a well-established grounding in what the industry wants. They also have a firm grasp on how the industry has changed over the years. Despite already being one of the top companies, they are always striving to be better. This means that their portfolio is filled with a diverse selection of games, each better than the last. Play’n GO also has numerous licenses allowing them to offer their games in multiple jurisdictions.

As we mentioned, Play’n GO has gone through a number of changes over the years. Like most companies, the provider began by offering its games in Flash. However, they quickly made the transition to the much more user-friendly HTML format, which allows them to produce games compatible across a wide range of platforms. In 2018, the company made a huge leap forward by acquiring game provider Proactive Gaming Scandinavia AB. This move that will add extra products to their already varied gaming library. This big step will enable the company to offer poker to their clients for the first time in the company’s history.

Play’n Go manages to offer something from every genre, making them a sort of jack of all trades. However, their biggest selection of games is found in the slot games section. Each of the games conforms to standard casino guidelines whilst at the same time being unique and well-designed. For the most part, the provider offers the more commonly found five reel, three-row slots rather than the other three-row options that are still around. Each of the games usually offers at least two different bonuses, one of which is always free spins, so players know exactly what they can expect.

The other bonus can be anything from multipliers, additional Wilds, pick-a-prize games and much more. Possibly the only downside to their games is that they are always accompanied by some upbeat soundtrack that doesn’t necessarily fit with the game – it can be turned off though. The return to player rate of their slots is excellent with an average of 94.84%. The RTP is at the high-end of the industry and it gives players an excellent shot at winning. For their most recommended slots, Gemix and Book of Dead offer not only higher RTPs but also fun and engaging gameplay.

Play’n GO has an exceptional game selection from virtual games right through to poker and scratch cards. You name it, they have it. Play’n GO offers virtual table games for almost every game, from baccarat to blackjack to roulette, and then on to Casino Hold’em, Caribbean Stud and Pai Gow. Each of the these has a number of different variants available and offer standard house edges. There is also a small selection of video poker games, including some of the top titles like Jacks or Better and Jackpot Poker. However, despite consistently having a return of 95%, there are better versions of video poker in the industry.

Their soft game collection is also very eclectic with an excellent duo of bingo games to start things rolling. These are both on 3×5 cards with options to buy more balls to try and scoop a win. There are even bonus games within these bingo options, as well as an RTP of 96%. Play’n GO also offers a number of scratch cards operating along similar lines to the bingo and these have some nice jackpot prizes to be snapped up. To complete the soft games is a neat version of Triple Chance Hi-Lo, which is actually unique to the company.

As Play’n GO is recognized as one of the best in the industry, it seems only fitting that we outline some of their many successes right here. Much of their success has come in the last few years as the company has begun to really make itself known. In 2016, the company saw the first of some seriously big wins. As they came off the back of 2015’s win of Mobile Product of the Year at the International Gaming Awards (IGAs). In fact, they have had a myriad of nominations at the IGAs ever since. Their biggest win, however, wasn’t to come until the following year.

This came in the form of the much-coveted Slot Provider of the Year award at the IGAs. This accolade truly cements Play’n GO as a company to watch and very much on the rise within the industry. In the same year, they also achieved success at the Women in Gaming (WiG) awards with five nominations followed up with some wins. And 2017’s wins didn’t stop there. The company was also victors at the EGR Italy awards taking home Best Casino Supplier added. Hitting the ground running in 2018, Play’N GO snapped up IGA’s Slot Provider of the Year. And followed that with further WiG and GRA wins.

Whilst the company does state that it is all about fun, it’s really about having safe fun. With this in mind, they encourage players to be responsible when playing whilst simultaneously offering players a platform that is both secure and trustworthy. To help players play carefully. Play’n GO implements a number of features within its software including play limits, timers, links to responsible gambling helplines. The ability to self-exclude and more. Further, in keeping with operating safely, they also make sure that players are of legal gambling age. Players must be at least eighteen in order to play the games that Play’n GO offers.

To adhere to any fair gaming rules, the company is licensed in a number of jurisdictions around Europe. This means that the software has to follow the strict guidelines set up by the licensing boards that govern those territories. Or else run the risk of their software not being able to be used in those countries. Notable licenses are from the Malta Gaming Authority, the UK Gambling Commission, the Belgium Gaming Commission and Romania’s National Office for Gambling. Play’n GO also undergoes regular third-party audits from high-profile companies. Such as BMM Testlabs and Quinel, so that players know that the games are operating fairly with no bias towards either side.

Play’n GO offers one of the most comprehensive collections of games that can be found online. However, one can argue that their inclusion of so many different options means that some may not be quite as well developed as they could be. But we still like them for many reasons. They offer fair games and have earned a lot of respect in the industry. This reputation is crucial for future success. With its new acquisition this year and their constant pushing forward to achieve bigger and better things. Play’n GO remains an exciting company to watch and it’s well worth trying out their games.