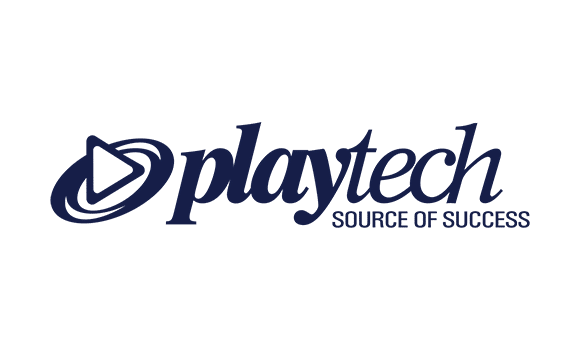 Playtech is one of the oldest software providers in the online casino industry. The company offers its products and services to a number of countries around the world whilst also employing people from over ten countries as well. When it comes to its products, players should know that operators require a pretty hefty budget in order to be able to afford the Playtech services. This ensures that players are receiving nothing but the very best in services. Despite the high-level offerings Playtech brings to the table, there have been a number of payout complaints associated with Playtech casinos in the past, though things have improved considerably in recent years.

A Brief History of Playtech

Playtech was founded in 1999 and currently operates out of the Isle of Man. However, the original company was actually established by Teddy Sagi from Estonia. It provides a huge range of games for casinos around the world, all operating with excellent odds and other player benefits. It took two years from its launch before Playtech released its first casino product. After this though, the software provider moved forwards in leaps and bounds and is considered to be one of the leading developers in the casino industry. As early as 2006, the company was already worth around £500 million.

For years, Playtech continued its inexorable rise through the online world. However, in a bold move, the company bought PokerStrategy.com in 2013. PokerStrategy.com is one of the largest poker communities in the world. Following that, it bought Aristocrat Lotteries, further adding to its game collections. In 2016, Playtech acquired yet another huge company which was the well-known Swedish-based Quickspin. Not long after that, they also purchased Best Gaming Technology, one of their closest rivals. These acquisitions are almost unending with Playtech continuing to make lucrative business decisions and partnerships, all of which are furthering their impressive game collection for the public.

Slot games are some of the most popular casino games both on and offline. With that in mind, Playtech has made it a goal to offer nothing but exceptional offerings. The company has a portfolio of over 600 different slot games, some of them branded and others are innovative games created in-house. For years, Playtech partnered with Marvel, bringing players closer to those superhero characters. That partnership ended in 2017, but Playtech were quick to snap up a new deal, this time with Warner Brothers as their partners, allowing them to bring the DC comics to life in the form of Justice League and The Dark Knight.

The film related slots don’t end there with a number of other favourites such as Gladiator, The Matrix and Robocop being available across their platform. We should not forget about their original games which also offer high levels of excitement – Jackpot Giant and Age of the Gods are just two of these offerings. All the slot games follow specific strategies and each game offers reliability in terms of its gameplay, value, huge jackpots and bonuses, and reach the relevant market and signature flourishes that are representative of the studio. This enables Playtech to also be able to create bespoke games for their operators.

Playtech offers a wide number of other gaming options as well. For example, they offer a completely customisable and user-friendly poker client that operates easily alongside other Playtech products. This client allows operators full access to creating their own unique poker rooms. Similarly, the Bingo channel also enables both players and operators access to the largest selection of bingo games out there. Their UK bingo network is the largest of its kind with thousands of players accessing it on a daily basis. Added to this are numerous scratch card games and lotteries which give players a really comprehensive online casino game selection.

Unusually for a provider of this kind, Playtech also offers a number of virtual sports games, all operating with top of the line 3D graphics and motion capture technology. There are a number of games available including tennis, football, basketball and even horse racing. Yet it still do end here. Playtech also has a thriving live casino and is actually the leading supplier in this area in both Asia and Europe. The games use the latest technology to offer one of the widest game selections. Including various roulette, blackjack and baccarat options as well as a number of poker variants.

To show off just how good they are, Playtech has a number of high-level accolades neatly tucked away. Firstly, over the years Playtech has seen great success at the eGR B2B Awards recently. Winning three prestigious awards at just the one event. They hold a record of 17 different nominations at that event as well. The three specific wins were for Poker Network, Mobile Gaming Software and the much sought-after Multi-Channel Supplier of the Year award. In other years, the company has also seen great success with many other awards being won at different award ceremonies. For example, they were highly successful at the 2016 Global Gaming Awards.

At the 2016 Global Gaming Awards, they won the most coveted award at this event, the one that is handed out for Best Digital Industry Supplier. At the same time, as this historic win, Playtech also unveiled its new portfolio detailing its Onmi-channel solution. Which has always been a huge success and a service that is integral to the company’s progression throughout the years. This victory is particularly noteworthy as they were up against the very best in the industry, alongside being judged by top CEOs and executives of both land-based and online casinos, making this one of the most prestigious eGaming awards events on the calendar.

As online gaming is a rather precarious pastime, Playtech takes its responsible gaming duties very seriously. The company states that they are committed to making sure that players can enjoy a safe environment and actively seek to reduce any harmful play. In fact, the company tries to create products that prevent online gambling from being used in criminal activities. They also ensure that all of their operations are conducted in open and fair ways with particular emphasis on ensuring young and vulnerable players not getting exploited during their time gambling online. All of which is done through a number of different inbuilt gambling controls.

These controls include a Know Your Customer practices. The ability to set time and also financial limit settings for players, self-exclusion options and reality checks to let the player know how long they have been playing for. All of this is coupled with fair marketing and advertising campaigns so as not to mislead players in anyway. To really help, Playtech also has a list of top tips for players to help them enjoy a smarter way of gambling, all aimed at trying to help players have the best time. In other areas, Playtech attempts to minimise their carbon footprint and safeguard all private client data.

Playtech offers an excellent, well-rounded gaming platform which is suitable for all manner of players. Their games, for the most part, have excellent odds. With the majority of their slots ranging between 93% and 97% in their payout range. Their game selection is also continuously growing and holds one of the most comprehensive ranges of games from any software provider. Added to all this is their strong moral code and desire to be socially responsible in all areas of their business. With such a high standard of conduct. It’s no wonder their games are so safe and secure, offering players nothing but the best.