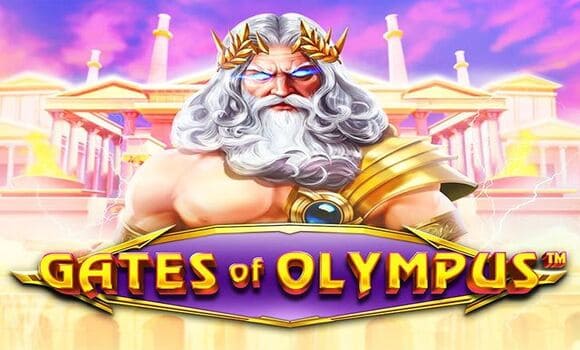 Taking you to the mythical home of the mighty Greek gods, Pragmatic Play has released its newest slot Gates of Olympus, featuring the Pay Anywhere mechanics.

With cluster-pays wins and packed with some really rewarding features, Gates of Olympus will deliver heavenly rewards to those who try it out. Before you do, make sure you figure out what is it all about!

The majestic slot that was released a few days ago by Pragmatic Play is one that would take you to the most amazing wins. Offering the Pay Anywhere mechanics, Gates of Olympus is a 5×6 slot with 20 pay lines where clusters of eight or more symbols deliver a win. The RTP the slot offers is 96.50%.

The slot is highly volatile, and that’s why it offers massive players to the ones that aim big, wins of up to 5,000x the stake. Packed with Tumbling Wins, Multipliers and Free Spins, all sorts of chaos can be triggered by the mighty Gods. Zeus himself appears on the right side of the reels and is the one that can trigger the Multiplier Feature. Whenever he uses the godly powers at random, a Multiplier from x2 to x500 can be awarded to the end of the cascade sequence. If Zeus decides to award you with more than one Multiplier in a cascade sequence, those Multiplier values will be added together before they are applied to your win.

Whenever you land 4 Scattered Zeus symbols or more, you get a payout of 3x, 5x or 100x the stake, plus you trigger the bonus round. You get 15 Free Spins, during which Multiplier symbols that land is being added to the global progressive Multiplier. The global Multiplier never resets, regardless of whether you win or lose. It can either stay the same or increase throughout the round. The Free Spins are re-triggerable without a limit, and with each 3 new Scatters you land, you get 5 extra Free Spins.

It goes without saying that Gates of Olympus is an alluring slot, both in terms of gameplay and theme. It arrived hot on the heels of popular releases Madame Destiny Megaways, Eye of the Storm and The Hand of Midas, further strengthening the developer’s exclusive slot portfolio that has been designed to fit all players’ skill levels. So, make sure you try it out the first chance you get because it is as powerful as it sounds.

The Developer’s Views on the New Release

Pragmatic Play’s Chief Business Development Officer Yossi Barzely said that Gates of Olympus was the latest title by the developer to draw influence from the Greek mythology, and it looked likely to be Pragmatic Play’s strongest yet Greek-themed slot.

The alluring gameplay and unique features aside, the Pay Anywhere mechanics added a whole new dynamic to the game, Barzely said, so everyone at Pragmatic Play expected their players across the globe to greatly enjoy Gates of Olympus.