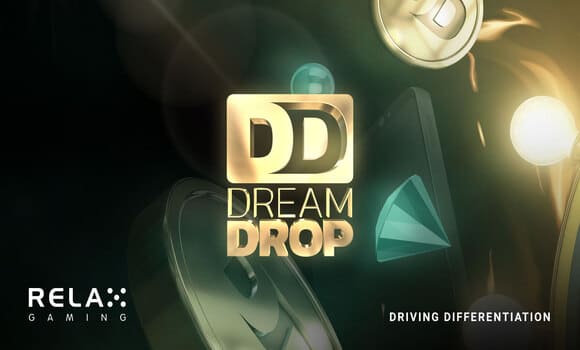 Do you remember way back in May when we announced the release of Relax Gaming’s epic feature Dream Drop? The jackpot feature was officially launched at the beginning of June, and what’s amazing is that so far, it has had three Mega Jackpot winners.

Merely months after its launch, the feature changed the life of another player, the fourth extremely lucky jackpot winner, who managed to hit the Mega Jackpot! Stay with us to learn all about the grand win!

Relax Gaming, one of the world’s leading iGaming suppliers, launched a jackpot feature back in June, called Dream Drop, which has been delivering jackpot prizes to players left and right. This is its largest must-win jackpot to date, first unveiled in March, with an amazing launch campaign. Since it has seen players racking up massive wins constantly. Some have even won the Mega Jackpot. In fact, so far, this jackpot has managed to make three players millionaires. And now, news has arrived that there’s a fourth Mega Jackpot millionaire.

Well, considering Relax Gaming’s Dream Drop offers five different jackpots, the Mega Jackpot, which is the biggest, followed by the Major, Maxi, Midi, and Rapid jackpots, you should not be surprised it can deliver such an amazing prize. In fact, so far, between the five jackpots, there have been 41 Major and around 1 million winners overall, including the now four Mega Jackpot winners.

Considering the feature is still very young, being launched four months ago, you should expect it to be featured in many new slots in the future, and deliver many other wins like this to land. So far, it has been featured in Snake Arena, Wild Chapo, Temple Tumble 2, Neko Night, Vikings 2, TNT Tumble, and the most recent slot, Dream Drop Diamonds. So, if you try one of these slots that feature it yourself, who knows? You might be the one we talk about in our next jackpot-win article!

Statements About the Win by the Developer and the Casino

Relax Gaming’s CCO, Nadiya Attard said that the Dream Drop continued to go from strength to strength considering more and more players had triggered once-in-a-lifetime jackpot prizes. She added that she hoped that the latest Mega Jackpot win would inspire jackpot hunters to try it out playing one of the slots that feature it.

A spokesperson for Vavada Casino, Polina Diasamidze, said that everyone at the casino was delighted to have been the host to the latest Dream Drop Mega Jackpot winner. She added that they were all extremely proud to be part of someone’s dream come true, considering winning a massive jackpot was truly a thing of a dream.