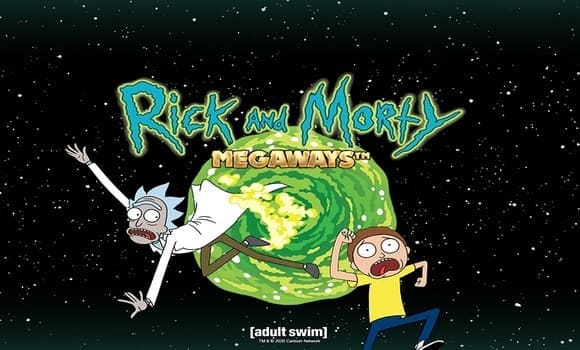 If you have been a fan of the most popular animated Sci-Fi series that is taking over the modern world, then you are well aware of the intergalactic space adventures that Rick and Morty usually explore. The crazy old scientist guy and his grandson are finally ready to take over the online casino gaming world with the introduction of the newest slot game addition that Blueprint Gaming has to offer. Hop over at Blueprint and explore their Jackpot King series, which is considered to be one of the largest libraries of slot games that cater to the most popular requests of the players. Get ready to enter the impressive universe of Rick and Morty Slot Wubba Lubba Dub Dub slot game addition, as you will continue reading to find out every single detail for the upcoming adventure.

Without any further ado, let’s jump right into it.

Welcome to the Rick and Morty Slot Universe

Exploring the biggest online casino progressive jackpot system, Rick and Morty Slot enter the most exciting part of the overall casino world. This new and exciting slot game addition depicts the adventures of the well-known animated duo and allows you to become a part of their crazy journey across the universe.

When you access the game, you will get a chance to initially explore the potential of activating the Portal Gun, a feature that will award you one of the seven modifiers. This is the point where every spin has the ability to gain you an entry to the Wheel King, only if five Jackpot King symbols land on the reel in the middle. If you get a chance to get the main Jackpot King pot, you will get the opportunity to win big. Here, you can also claim the Royal or Regal pots, as they more frequently offer payouts.

Another impressive fact that you should know has to deal with the segment that this game is the fact that is one of the most impressive and at the same time most popular slot game themes that the majority of players and fans of the original animated series enjoy playing.

Several World from the Professionals

The Director of Key Accounts and Marketing UK at Blueprint Gaming, Jo Purvis, said that they have managed to create this Rick and Morty™ Wubba Lubba Dub Dub slot game even more exciting and entertaining just by incorporating the Jackpot King feature into the gameplay.

They are beyond excited with the possibilities that this game will offer their players, as they are so many impressive features and winning potentials that will lead the player through the progressive jackpot system.