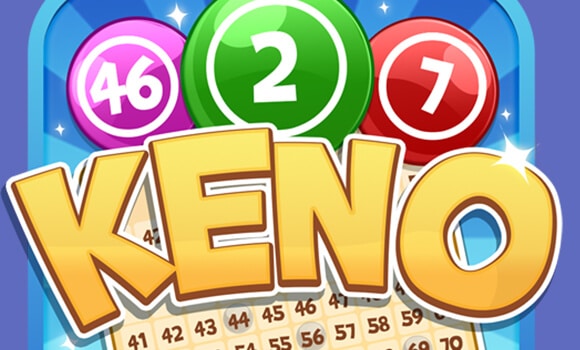 Three Casino Games You Really Should Know About

When it comes to casino games, we often get swept away by the ease of slot machine offerings and the excitement and drama of table games. However, this means that we often overlook some equally lucrative and thrilling casino game options. Part of the problem is that these games are not as commonly offered by casinos simply because they require much less input from players and don’t really reward the casino. This has caused them to be dubbed ‘soft’ casino games. Though if you win big, there’s nothing really soft about any of them. What games are we talking about? Well, bingo, keno and scratch cards, of course! These games each have unique gameplay and can be played anytime because they don’t take long to play.

Possibly due to their fairly irregular payouts, these three games are often bypassed by enthusiastic casino-goers. However, this does not mean that each of these games aren’t fun in their own right. In fact, we would argue that these games are more fun as there less if a focus on chasing a big win. Instead, playing is more about hanging out with other like-minded people and having a bit of downtime with some friends. For those of you interested to know more. The following article will outline how and where to play and will also give a few tips on how to stretch out your money which can help you get a win out of it as well. Wouldn’t that be a nice little bonus?

First up we’ll discuss the most popular of these games, bingo. Casino sites offering bingo tend to operate in the same way as bingo happens in a real-life scenario. There is a lobby, which you will be welcomed into and it is here that you’ll find all the information pertaining to the games available for that casino. As bingo is a multi-player games. You’ll have to check the provided schedule to see when the next game is going to start. However, the majority of big bingo sites will have games starting every few minutes with various ticket prices available throughout the day. So you’ll never have to wait very long. Not spend too much of your budget in one go. What’s not to like?

The most common variants of bingo are 75-ball and 90-ball and these options will be displayed in the lobby. Once you’ve chosen a game, the next step is a tactical one, to decide how many bingo cards to choose. This will, of course, depend on your budget but remember that the more cards you have, the higher your chances of winning. It’s also important to choose the spread of numbers across all the cards. Then the game can start. For the most part it’s a case of first player to achieve the goal wins, causing the game to end. Depending on the casino or game, wins occur when a full line, multiple lines or all the numbers (full house) have been achieved with payouts then being made.

Keno runs along rather similar lines to bingo in that it is all about the numbers on a card and which ones get called out. This game, however, was developed in China where players used 80 Chinese symbols. In later years, this made its way across to the US where the characters were later substituted for numbers. Unlike bingo, keno requires players to choose a certain selection of numbers on their card – which always contains the numbers 1 to 80. These numbers can be anything and determined in any sort of pattern the player wishes. Players can also choose any amount of numbers between 1 and 20, though the higher amount of numbers chosen, the better the chance of actually getting a win out of it.

You should also note that the more numbers that are chosen and landed, the better the odds become. This works because if a player has chosen to only pick four numbers, and lands two, the bet paid out is very low, often just the same as what they put in. Landing three of the four numbers would see a slightly higher bet, landing all four could be a big win. When trying to strategise in this game. You should also note that not only are you more likely to hit the numbers when choosing a greater range (though your bet amount will also increase), bets and odds for specific combinations will also vary across casinos. Therefore, it is well worth the effort to check out odds at a number of casinos before settling at a game.

Scratch cards are the simplest and most straightforward of these less traditional games. As the name suggests, you simply pay for the card and scratch off the top in the hopes of revealing prizes. When it comes to playing online, there are always a wide variety of cards to choose from. Those that have a lower price per card, something like £0.25 will have lower prizes to be won. Higher priced cards have higher jackpots. Casinos tend to detail the odds of winning on each of these, so that players know how likely it is that they might score a winning combination. Players also have the choice to choose a number of cards in one go, with casinos often giving deals when ten cards are purchased together.

Once the card has been chosen, players can either manually scratch off each section using the mouse, or hit the auto button below the card to get the software to do it automatically. In the exact same way as a coin scratch card bought in the local newsagents, the aim here is to reveal three matching symbols in order to receive a prize. Players lucky enough to win will see that prize credited instantly to their account. As far as scratch cards go, there are really no strategies that can be employed to increase your winning chances. These games are entirely down to luck. The only things we can suggest is, as we mentioned. Checking the odds of winning when choosing the card and buying cards in bulk for those discounts.

Trying Your Luck at Soft Games

When it comes to playing any of these soft casino games. Players should really join with the expectation of a loss. With such a high luck ratio, you can’t really expect to win, at least not often. The only thing that you can really do to improve your chances and reduce the cost to you make use of casino discounts and bonuses so you can buy more tickets for less. Just like with scratch cards, both bingo and keno tend to have discounts in place if more than one card is bought at the same time. For big bingo jackpot games, cards can even be bought in advance for a reduced price as well. If you do the maths, these lower priced options will help you to reap some rewards in the long run.

Both bingo and keno do have some strategies behind them. With bingo being such a communal online game, there are numerous chat rooms available where players can discuss strategies and even converse in real time. For bingo players calculating the odds is a good way to see what your chances are. For example, if there are 100 cards in play. And you have bought 3, then you’re chances of winning are 3%. This is important to remember as a round of bingo will only finish once there has been a winner. Keno on the other hand has less strategic options as any number is as likely to come up as another. As we mentioned in the keno section, your best bet here is to find the best paying casino.

Once you’ve decided that soft games are for you, the next step is finding somewhere that offers them. Not all casinos provide these games, preferring instead to feature the more glamourous table games, or lucrative (to them) slots. However, if you’re really wanting to play bingo, keno or scratch cards, there are still numerous places to do so. With this goal, it is important to thoroughly check out the game options at a new casino. Casinos offering bingo, tend to have this as a separate section. Listed in the top menu, so it shouldn’t be too hard to find. Checking the “Other Games” menu for most casinos will also reveal these hidden gems. Once you’ve found them, the next step is to ensure the casino is trustworthy through checking its licensing and reviews from other players.

No matter which of these games you play, you’re sure to have a lot of fun. Bingo, in particular, creates a fun, social environment that makes people feel as though they are part of a group. Soft games are not known to be big payers but there are times when people do get those life-changing payouts. No matter the size of the payout. These casino games create the perfect option for a chilled-out pastime for someone who needs to unwind at the end of the day. It is never stressful to scratch a few tickets or wait for a number to be called. And since the stakes are fairly low players do not usually stress out over losses. We highly recommend giving some of these games a go. Just adjust your bets to suit your bankroll when you do!