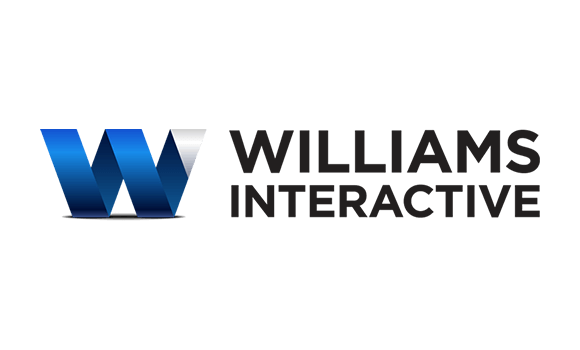 The Impressive History of Williams Interactive

It is clear that Mr. Williams had one thing in mind from day one, and that was to create entertainment. In 1973 the company branched out into the coin operated arcade game machines and has since never looked back. Their first arcade game was ‘Paddle Ball’ but it was their 1980 releases ‘Defender’ and ‘Stargate’ that officially put them on the map. Both games were instant hits and a breakthrough in the industry as the dynamic colour. And horizontal scrolling had a massive influence on subsequent games. The success of the games led to the closure of the pinball division in 1999, to keep their focus on arcade games.

With their sole focus on arcade games during the 1990’s, the company created legendary games such as Mortal Kombat and NBA Jam but the real breakthrough for this remarkable company came in 1996 when they released their first casino slot machine, Reel ’em In. The multi-coin, multi-line, secondary slot machine was an instant success and the first of many new slot machines that were as big a success as the first. Williams Interactive has come a long way since they built their first pinball machine back in 1943. And continues to grow year by year. The company’s effort for success is clearly driven by innovation and determination.

Breaking into the Online Slots Market

At this point it was clear that the company’s main focus had turned entirely to slots. In 2001 they already had an impressive collection of releases including The Wizard of Oz, Dukes of Hazzard, Men in Black, Top Gun and Star Trek. These games saw the company’s rise in popularity in the casino industry. In July 2012 it was time to take the next big step to serve the global online gaming industry. Which led to WMS announcing the formation of Williams Interactive. Which was sold to Scientific Gaming only a year later at a staggering price of $1.5 billion.

The company now has offices in Austria, Australia, China, South Africa, Mexico, the UK, Canada, Argentina, India, the Netherlands, the US and Spain. It is clear that Williams Interactive and its employees have invested a lot of effort, dedication and discipline to secure growth and success. The software developer has been nominated for various awards in the past. And with the impressive variety of top quality games they have, this comes as no surprise. There is no stop to this software developer. Whether you prefer playing a wide variety of slots, video poker or Bingo, among others, Williams Interactive will entertain you without a doubt.

With some of the most popular games in the industry. Such as the original The Wizard of Oz slot and Zeus as well as exciting more recent arrivals. Giant Gold slots and Spartacus: Gladiator of Rome, Williams Interactive has proved to be one of the leading software developers in the online casino world. With their extensive experience in providing impressive graphics and thrilling entertainment in land-based casino slot machines over the past few decades. It gives them an advantage over other software providers. They simply know what players love to play and select the favorites and transfer them to the online casino world.

With their ever-expanding technological knowledge, Williams Interactive knows how to advance every online casino players’ experience. The sounds, graphics and the entertainment element of their casino games bring their flawlessly designed slots to life. They also appreciate the fact that old classics are always popular and loved. And have therefore brought back the Monopoly themed games for slots enthusiasts to enjoy. In addition to this, Williams Interactive has also brought back the legendary Elvis. The software developer knows no boundaries and are continuously focusing on invention and breaking the mould of what they do best, the online slot machine.

Play on the Go

Mobile gaming is taking the online casino industry by storm. All developers are now creating their titles with mobile compatibility in mind and Williams Interactive is no different. In fact, their games can be played in the mobile app of most online casinos. And are available for Android as well as iOS. The foundation of the games are still the same, it is only the screen that is smaller. All the desktop features can be enjoyed, with a few small changes to the user interface to ensure smooth gameplay on your mobile device. Again William Interactive evolved alongside technology to ensure an entertaining experience on the go.

When Williams Interactive launched their mobile platform for real money gaming, Zeus, Lancelot, BRUCE LEE, Kronos and Amazon Queen were the first games to be deployed into the wonderful world of mobile gaming. The platform uses HTML5 technology to empower smooth game delivery on mobile and tablet devices. That flawlessly adapt to all screen sizes, resolution and operating systems. This provides players with an excellent high resolution playing experience and game theme on every player’s device of choice. Unibet was the first online casino that went live with the Williams Interactive mobile platform, which allowed their players to enjoy the new premium addition.

Every year, Williams Interactive launch new slots, and every year it seems to be better than ever. Wonder Woman: Bullets and Bracelets is based on the movie that was released in the 70’s and although comic themed slots are nothing new. It always remains popular. The obvious star in this slot is Wonder Woman and with the original actress Lynda Carter starring, this slot delivers nostalgia as well as pure entertainment. If you love exploring jungles, the Indiana Jones-themed slot, Legend of Fortune might be on your list of favorite games. The game is a collaboration between WMS and Red 7 Mobile and boasts a great adventure theme.

When WMS designed Volts and Bolts, they obviously decided to do things a little bit differently because it doesn’t at all resemble their other masterpieces. The game revolves around a scientist that does experiments and delivers an exciting gaming experience. Reel Riches Fortune Age is about Chinese fortunes and how you can get one. The game is attractive and the Asian inspiration is clearly seen in its design. The guys at WMS also created the Greek god themed Kronos Unleashed and this game is also well worth a try. He is the father of Zeus and the leader before his son overthrows him.

It is safe to say that Williams Interactive has what it takes to conquer the ever-changing online casino industry. The company has a rich history that started when the casino industry was still on its knees. They have the ability to adapt and evolve alongside technology and this in itself deserves endless respect. The mobile platform is really top-notch and their focus is to provide players a legendary nostalgic experience. With full functionality and graphics to enhance the experience of every player. One thing is certain, Harry E. Williams would have been incredibly proud of this company and all its achievements.