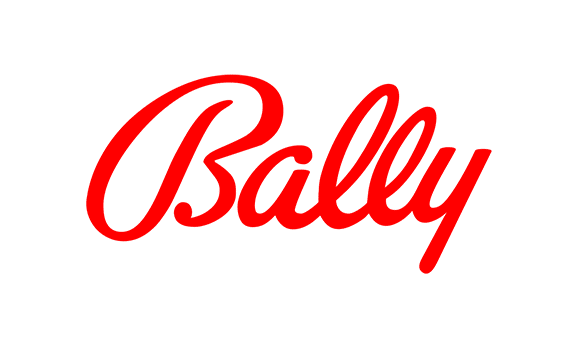 Coming as somewhat of a surprise to many, Bally Technologies has actually been around for years. In its early days it was a slot game provider for many of the biggest names in the casino world including the likes of Borgata, Trump Entertainment and Caesar’s Entertainment as its clients. Even now, the company still provides a large amount of software and hardware for a number of American-based casinos. However, it has since branched out and now incorporates a stellar online platform into its repertoire where the company now offers a range of games available on both desktop and mobile platforms.

A Brief History of Bally Technologies

Bally Technologies has been in operation since their inception in 1968. Based in Nevada, their initial fame came from their innovative land-based slot machines before the advent of modern technology made them change to the online platform. The company has actually gone through many changes during this time with it originally being named Advanced Patent Technology before changing its name to Alliance Gaming. It wasn’t until 1996 that the Bally Technologies company and name that we know today actually came into being. Since that time, the company has become incorporated with Scientific Games who bought it in 2014, though Bally still releases games under its own brand.

Bally Technologies had actually begun their transition to the online platform before they joined with Scientific Games. In 1999, the company released the game Thrillions, which was a progressive jackpot system allowing them to focus on participating in revenue streams not just the sale of their products to different casinos. During this time, Bally also developed the EVO platform with Microgaming. In the years that followed, Bally released a number of other game products including interactive cabinets. Slant top displays and more, all of which were directed at the land-based casino crowd rather than the online one. Now, though, its technology is aimed at both platforms.

As is the case with many other game providers, Bally Technologies’ main focus is with slots. The vast majority of the successes that this company has enjoyed have come from the entertaining and interactive nature of their slots across both platforms. Players that enjoyed utilising their slots in land-based casinos can now rejoice for many of them have made the transition to the online platformrin. Bringing the delight of these games to many more players. These online versions are famous for the same reasons their land-based counterparts were and have the same features, paylines and trademarks as the originals.

Sadly though, there are still a large number of these slots that have not made this transition. Some of these include the very popular Titanic. Which was based on the movie of the same name and offered a highly detailed, real-world feel to the game. Other great slots include games featuring Michael Jackson and Pawn Stars based on the US pawn broker show. Many of those that have been transitioned have also been simplified somewhat and restructured to fit the more common five-reel format, though they have kept the fun, action-packed bonus features. In recent years, Bally has released slots aimed just for online play.

Despite having turned their attention to online slot games, Bally Technologies is still very much focused on the land-based casino industry. Why wouldn’t they be? It is in this area that it has managed to create a strong name for itself in terms of how trustworthy and secure it is as a provider. They are now just more determined to bring some of these games to the online world. And even bringing some of them to the mobile platform. These games have been carefully converted to the HTML5 format in order for them to be compatible with a range of mobile devices and operating systems.

This means that these games are also instant play. Players do not need to download any software but can click and play right at that moment in time. You will also be happy to hear that there are other sections to their company as well. Meaning that if you are a fan of sports betting, poker, bingo, or other table games, then you are in luck. This section of the company also created their first wager-based game with their long-time partner Mr Green Casino. The Bally Mobile platform is the most recent addition and is integral to their continued forward progression.

As we mentioned, there are a number of great slots from Bally, but what is it that makes them so great? Well, aside from their sharp, detailed 3D graphics, great sound effects and exciting themes, they also offer big jackpots. Vegas Hits is one of the games that’s available in both online and offline formats. Quickly cementing it as one of the most popular of their games. It has a local progressive jackpot in place allowing players to potentially leave with 10,000 times their initial bet. Grease is another that’s found across platforms and immerses players into that movie world.

Pawn Stars is one of the few that is sadly not available online though it still holds its title as one of their most popular games in Las Vegas. Players are treated to a plethora of bonus features in an attempt to walk off with the best offer. Just like in the TV show. Players can walk away with some serious wins at the end of it. Their games as a whole are all visually stunning and whilst some prefer this. Most are low variance meaning that though the wins come often, they’re usually at the lower end of the scale.

Through its lengthy time in operation, Bally Technologies has picked up a few awards here and there. And by a few, the current count stands at over 40 in just the last three years. Most of which have been as a result of their innovation within the gaming world. For instance, in 2014, Bally Technologies won four awards of which one for Top 20 Most Innovative Gaming Product and another for Slot Floor Technology, thus covering a wide range of different platforms in their wins. Many of their games have also won awards for their uniqueness and success in the market.

The company also takes great steps to ensure that all of their games are operating in a fair and unbiased manner be they on or offline. They already have a strong reputation in this area and this is something that can put players’ minds at rest when they start playing a Bally game. In addition to this, there is a strong emphasis on responsible gaming with their online games allowing players to see the time. And the amount they have wagered on any specific game. In conjunction with this, operators such as Mr Green also have self-exclusion programmes in place.

Bally Technologies offers up a very fun and exciting range of games. For those looking for the largest game libraries out there. They will be better off looking elsewhere as even their slot collection isn’t as extensive as that of other providers. Particularly if you’re only looking online. However, many of the games are branded, bringing players back into worlds that they have enjoyed in other mediums, as well as offering up stellar graphics and soundtracks to complete the effect. The company is continuing to work in transitioning their games to the online and mobile platforms, so who knows? In the future, some of those popular games may be available.