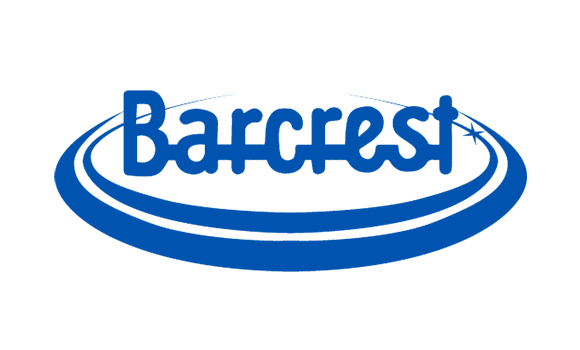 Barcrest is a name that will be familiar to anyone who grew up in an arcade. The instantly recognisable logo was one of the primary providers of fruit machines around the world. In recent years, the company has made the all-important transition to the online world. Allowing players both old and new to experience fun-filled excitement that Barcrest games always bring to the table. The company, thanks to growing technology, has been able to move a number of its games to the mobile platform and thanks to its acquisition by Scientific Gaming. Their games are now available in multiple online casinos.

Barcrest is actually one of the oldest gaming companies out there. It was established in 1968, providing land-based casino games. For years, it was able to provide these games in both a casino and bingo hall setting and was able to adapt to changing regulations that were put in place in the UK, requiring slot machines to have an element of skill. During the Seventies, the Eighties and even well into the Nineties. The company continued to develop and create unique games. Going on to become the UK’s biggest supplier in the fruit slots machine industry before branching out across Europe.

In 1998, US-based company IGT acquired the smaller Barcrest as part of the effort to expand into the European market. It was during this phase of Barcrest’s history that they began to look into the design of online slots and other games. In mid-2006, this work was to pay off, as Barcrest released Rainbow Riches, a slots game that grew quickly in acclaim. It has been so popular that since its release, the game has spawned a number of sequels. In 2011, Scientific Games bought Barcrest from IGT, where it was merged with another company. However, Barcrest’s name and the branding still remains in a category of slots produced.

Anyone who knows the brand will know that their slots are very unique in feel and style. For the most, part they are bright, animated and a slight child-like feel. For some gamers, this might not be appealing, especially when the combined sound effects also tend to be loud, brash and unexpected. One should not see this as downsides, as it makes Barcrest slots anything but boring. There will always be something going on alongside a number of extra features that pop up or combine with other features in unusual ways. For example, wilds often replace symbols on a spin that would otherwise have been a losing one.

In general, Barcrest slots tend to be a little bit more old fashioned in look and feel – a classic slots setup is what really springs to mind. When compared to some of the other big slots providers out there, some of the in-game features could also do with a little sprucing up. But a great advantage that makes up for the minimal features is that Barcrest slots offer clear and transparent results. All the return to player rates are clearly disclosed, and most of them sit at 95% or above. This sits nicely in the industry average, making them a great choice for any type of player.

As mentioned, there are some excellent slot games on offer, many of which are found around the world. Topping that list is Rainbow Riches Leapin’ Leprechauns. In fact, this game was indeed a blueprint for many other online providers, setting the standard for what was to come. Colourful and whimsical, all the symbols are leprechaun-oriented with pots of gold and four leafed clovers aplenty. In this Irish-themed Barcrest game, there are some great features, including a number of excellent multipliers, a wheel of fortune bonus allowing players to grab big wins. And a Pots of Gold bonus where players can try their luck at picking the right pot.

Other fun games include the rather comedic take on Dracula in the Ooh La La Dracula slot, Merry Money, Cashino, and Money Mad Martians Cosmic Cash. While all these games offer a decidedly tongue-in-cheek attitude, the wins that can be gained from them are far from cheeky – all you need is a bit of luck. Some of the more recent additions include another one for the Rainbow Riches fans. In the form of Rainbow Riches Free Spins, Sheik Your Money, and Hercules High and Mighty, all offering the option to choose bonus features and paying out well if the right symbols land.

While Barcrest does offer a wide range of themes and slot game styles (they have traditional, video and 3-D options). The graphics are a little behind some of their major competitors. Rather than focusing too much on looking good, one can choose to enjoy the high level of playability that their slot games offer. One definite selling point of Barcrest games is that players can actually choose the bonus feature they want to have in selected games. In addition, many of the games offer a lot of bonuses including large number of free spins and some very lucrative, fast-building multipliers, if the player is lucky.

Some gamers might still like to pick their games based on looks. There is a fine line between aesthetics and in-game play. Players who are a little more discerning will understand and appreciate the depth that Barcrest games have. The company may not be backed by big studios but they are firmly set on creating unique slots that often reference popular culture. Some of these may be on the cheeky side. Take Call of Fruity for example, a fun re-imagining of Call of Duty by Barcrest. Where fruits come dressed in camouflage. For those out there who like a little fun alongside their winnings, Barcrest games are ideal.

One of the most common concerns players have with companies and online games is whether their games are safe to play. With Barcrest, players can rest easy. This is because the company is licensed with the UK Gambling Commission. In order to get a license from this jurisdiction, all the games must undergo a series of third party testing to ensure that the games are fair, secure and follow all the requirements as set out. This auditing is performed by the UK-based company, eCOGRA. Which is a very reputable online gaming testing company that has been around for over a decade. If they say a game is fair, it’s fair.

The games are also run by a random number generator, which is what ensures that all the games are operating fairly. With each spin bias free for either side. Added to this, the company is committed, via SG Interactive, to making sure that players can gamble responsibly. To that end, the online games all come equipped with features that allow players to see the time. And also to keep track of how much time and money they have spent whilst playing the game. The operators that offer Barcrest games also have self-exclusion options in place for players who feel they are betting too much.

You may not find any other types of games here, but slots that Barcrest produces are all fun, bright and best of all, pay out well. With fifty years of industry experience and the recent collaboration with Scientific Gaming. Barcrest is only expected to push forward with bigger and better things. Reliable and secure, they offer a great gaming platform and their games can be found at most of the best online operators around the world, including many PayPal casinos. The general themes offered by the company might be a bit too child-like for some. But their unusual features and upbeat attitude will definitely keep a lot of players coming back time and again.