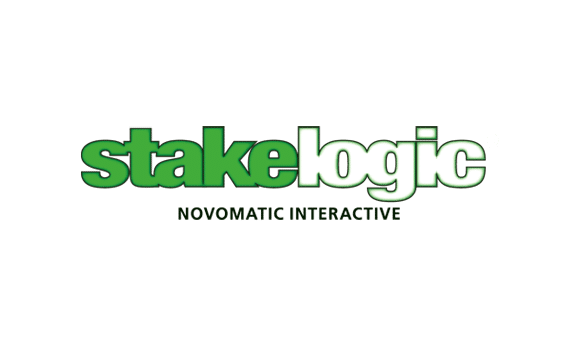 Stakelogic is not one of the most well-known software providers out there, though you can be forgiven for not having heard of them, as they actually come under the Novomatic brand. Be that as it may, the provider is responsible for a small but very high-quality selection of slots designed specifically for mobile use. These are slowly gaining in popularity around the world. The company has not been around for very long either, so it will take them time to get the recognition and respect that their slots truly deserve. However, their goal of offering up the best quality mobile slots already seems to be in effect.

Stakelogic was founded in 2014, making it one of the newest providers out there. The company has offices in both the Netherlands and in Malta, the latter being the jurisdiction that holds their main gaming license. Though it is new in this form, it should not be forgotten that this company is actually the result of Novomatic merging two companies together – Greentube and Sheriff Gaming. This means that their high-quality slot games are a direct result of a number of years’ experience in the industry (Greentube had been operating since 1998), as well as the backing of the umbrella company, Novomatic.

This has also helped to get Stakelogic more immediate success in the market. The online gaming industry is particularly competitive and new online casino companies often have trouble finding a niche for themselves. Not so with Stakelogic, who have benefitted from their parent company’s presence as well as the fact that their main focus is on mobile slots. In addition to this, their games are innovative in both their style and the themes that run through them, making them stand out on their own merit as well. One of these innovations is in the form of a 360-degree image, a feature never before seen in mobile games.

In order to cater to the ever-growing mobile platform, all of Stakelogic’s games are made using HTML5 format. This allows them to be compatible with almost every mobile device and tablet, including iOS and Android. Many other providers built their games using Flash, but this has proved to put these providers at a disadvantage when it comes to iOS users as these users cannot play Flash games. Therefore, Flash is now being phased out, with other companies transferring their current games over to the HTML5 platform. Stakelogic, on the other hand, have used HTML5 from the start, giving them a distinct advantage.

All of their games are offered through their MOBi platform, which is the one that they use for their distribution purposes. Since they only offer up a small selection of video slots. Players will never find a casino that only uses Stakelogic software. Instead, their games will be found alongside other providers’ so that there will be a wider range of game choices. This does mean that players may have to search for Stakelogic games within the casino’s library, though operators usually will have a convenient search function in place to make this easy. Keep in mind, though, that some casinos don’t always list all their providers.

One of the first slots of note is called The Book. Players diving into this superb slot are greeted with a simple, five-reel, three-row, 10-payline slot that has a free spins bonus to make it all worthwhile. This feature can award players with as many as 270 free spins. Alongside an extra bonus of transforming wilds – really racking up those winning possibilities. To add to this, there are some great graphics and the gameplay is really smooth. The Book seems to be a mid-variance slot, so although players can win 2800 times their stake, it doesn’t happen that often.

Another, rather mythical slot comes in the form of Dragons Mystery. Once again, this slot is full of stunningly designed dragons complete with oversized symbols that can fill multiple positions on the reels. Similar to The Book, it offers a number of wilds, multipliers and re-spins to keep things entertaining. The last on our list is Fruits Gone Wild, which is a much more recent addition. This one is more basic in its setup, harking back to the classic fruit machines of old. However, this game offers up a number of free spins and, once these are activated, bonus symbols will join the fray.

We’ve briefly mentioned that the company uses 360 software to create a more immersive experience. But what is it exactly and how does it work? This software enables players to have a 360-degree view of the game and offers the ability to move around in the game rather than having the standard static view. The software has real-time tracking in place in the background. So that the depth of the 3D animations becomes even more pronounced. And makes the games even more immersive to the player. After all, who doesn’t want to dive right into some of these slot games to get away from it all?

Stakelogic also offers a number of branded game options. These are also filled with a number of exciting features. Their latest release in this format is the exciting Football Gladiators. Which combines the two worlds of gladiators and stadium battles with the more modern version of high profile footballers. Who also compete in their own version of stadium fights. The game offers up a number of interactive features such as getting to choose the character the player wishes to use and also contains a number of great bonus features. These include multipliers, cash prizes and of course, a large number of free spins.

As we briefly mentioned, Stakelogic is licensed with the Malta Gaming Authority. This means that the provider has to follow strict rules and regulations when it comes to offering fair games. Players can then rest assured that their playing is not affected by any bias, enabling them to have a very positive gaming experience. The provider is also regularly audited to test for gaming fairness. And this again contributes to the positive and trustworthy reputation that the company has garnered. The random number generators that are in place also ensure that the bias doesn’t lean in the player’s favour against the casino.

In order to cater to the need for responsible gaming, Stakelogic offers its games in both demo and real money versions. Players can test out the games, or continue to play them for fun. Without putting in any of their own money. In addition to this, the games always show the time so that players are always aware of how long they have been playing. The games also have a one-hour pop up to let players know that that time period has passed. As well as asking players whether they wish to continue playing in demo mode or switch to playing with real money.

When it comes to Stakelogic slots, it’s very hard not to be impressed. The only real downside to their games, though. Is the fact that there aren’t many of them and that they don’t have any other game types available. However, as we mentioned, they do offer a flexible system. Allowing their games to be partnered up with those from other providers so that an operator can offer Stakelogic games alongside many others. In terms of their mobile slots, though, players are never left wanting. And are treated to exceptional mobile gameplay, features and stunning graphics no matter where they are.