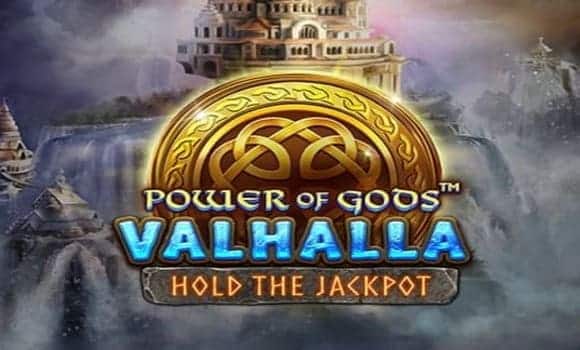 Themed slots are all the rage right now. These games take the best parts of slot gameplay and infuse it with a fun premise that gets players invested and engaged. It’s safe to say there are countless of these games on the market now. Since their popularity is through the roof, developers keep experimenting with fun new stories, hoping for a breakthrough hit. It seems Wazdan’s already cracked this formula with its popular series Power of the Gods and this new Power of the Gods Valhalla slot. The supplier has released a new addition to this popular collection, and fans already love what they’re seeing!

Story & Design in the Power of Gods Valhalla

Power of Gods Valhalla is the latest addition to Wazdan’s popular series of slots – Power of the Gods. As you can probably tell by the name, this series is inspired by mythology from ancient civilizations across the globe, retelling these epic stories in a fun and fast-paced format. Some of the previous games in the series have explored Ancient Greek mythology, but this time, the supplier has opted for something a bit different. In Power of Gods Valhalla, players are introduced to the gods of Norse mythology, giving us a glimpse of everyone’s favorite Vikings!

The slot’s design is in tune with the theme. It features prominent figures like Thor, Odin, Heimdall, and many other legendary deities from the Norse pantheon. These gods appear on the reels as symbols, alongside various runic stones that act as a replacement for the numbers and letters we typically see in slot games. The game’s top-tier graphics make the experience highly enjoyable. The illustrations included are beautiful, and the electrifying animations help capture the enormous presence of the legendary beings in the game.

Much like the theme, Power of Gods Valhalla’s gameplay is as action-packed as it gets. The 4×4 slot pays anywhere, so players can aim to match the needed eight or more identical symbols on all the reels for a win! To aid them in their mission, they can turn to Thor’s mighty hammer, as it acts as a Wild during base gameplay.

While the base gameplay of this slot is as fun as it is, the game includes tons of additional features that players are bound to love. One of these is the Hold the Jackpot round. By landing six or more Bonus symbols, you can activate this bonus round and reap the rewards. Don’t worry, landing this many symbols might seem hard, but the developers have made things a bit easier. If you land three, four, or five symbols during a spin, they remain sticky for one spin to help things along.

The bonus round grants players three Re-Spins. If any of them happen to be successful, they’re reset, and you’re back to the three counts! During this round, Bonus symbols have a multiplier of up to 15x. Alternatively, they can be a Mini, Minor, or Major Jackpot. The ultimate win is awarded to players that fill all 16 spots. This triggers the Grand jackpot of 1,000x, which can total up to 2145x your initial bet!