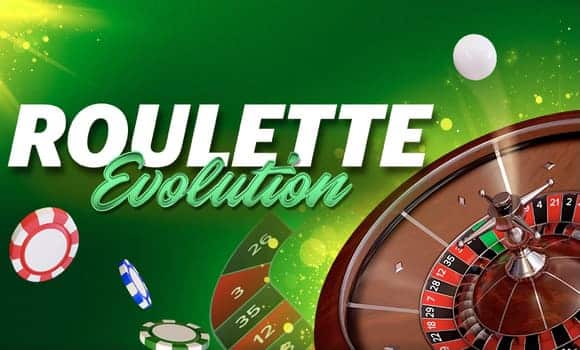 Yggdrasil has been a staple in the online gaming industry for a while now. The publisher is well-versed in what works for most casino enthusiasts and what doesn’t, using this knowledge to release excellent titles with creative gameplay. Surprising no one, the company has released another top-tier title to add to its line-up of high-quality games – Roulette Evolution Table Game!

This classic table game comes from an ongoing collaboration between Yggdrasil and Darwin Gaming as part of the YG Masters program, and it’s undoubtedly just another addition of the many to come down the line.

Yggdrasil has high standards for the content it releases, and this game is proof of that. At a glance, nothing separates Roulette Evolution table game from the host of other RNG table games available on the market. Of course, this isn’t necessarily a bad thing.

Classics like Roulette are hard to fit into a new mould. Players are used to seeing specific elements in certain places, making the gameplay easy to follow as it progresses. Naturally, just because nothing stands out design-wise, doesn’t mean the game has added a few design features that give it an edge over the competition.

The first thing players should note about this new release is its customizable interface! As light and dark modes are becoming a more popular feature across all devices, Yggdrasil and Darwin Games have decided to implement this UI perk into the game. Users can choose between two options, “classic” and “dark”, both changing how the game is viewed, in their own right.

Another excellent UI element that affects the design is the game’s Turbo Mode. Utilizing this option gives players a chance to skip the sleek animations featured in the game and go straight to the outcome.

With so many variations of Roulette out there, it can be difficult for players to keep up. While we can’t fault studios for trying to give players different options, these modern experimental versions of the game are hard to avoid. These days, a classic game of Roulette is almost a rarity.

Because of this, Yggdrasil and Darwin Gaming don’t make essential changes to traditional Roulette, they just make the game run smoother, thanks to a few unique features that players won’t find anywhere else. This is apparent in how things unfold from start to finish, making gameplay a dream.

On top of the many UI features that influence the design and gameplay of Roulette Evolution, the companies have implemented a few fun additions to save players time and effort. An option we don’t doubt would translate well into other games is the favorite bets feature.

With this option at their side, players can save up to four of their favorite bets and access them instantly with just a click. As expected this can be a massive time-saver, giving players the chance to avoid the repetitive action of programming their go-to bets over and over again.