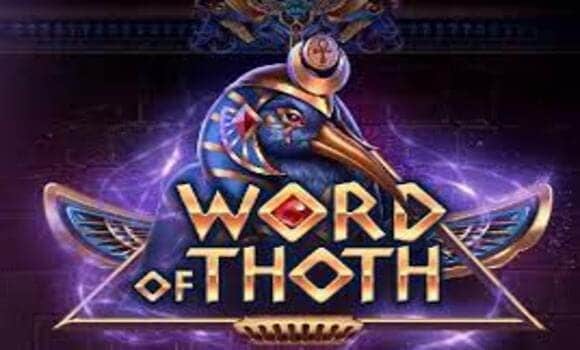 The title was launched on the 17th of May and takes you on an excursion where you’ll explore the dark Egyptian temples in the search of great wins. Thanks to its high variance and average RTP, you’ll definitely scoop some massive wins. Ready to go on the Egyptian adventure?

Join the Egyptian Excursion in Word of Thoth

Via the YG Masters program, Jade Rabbit Studio has developed its debut Ancient Egypt-themed title, called Word of Thoth. Yggdrasil released it on the 17th of May across all of the online casinos powered by it, therefore, the slot is already live and yours to try.

You’ll be taken to the dark Egyptian temple, whereby following the hieroglyphic symbols, you’ll get to unravel some huge wins. Thoth, the architect of the pyramids and the wise master from ancient Egyptian times, is the one that will lead your way through the action in this 6×4 slot offering 4,096 ways to win.

In fact, you would need to make combos of at least three or more identical symbols, landing from left to right on subsequent reels, in order to create a win. With many possibilities of cascading wins, the RTP of 96.12% and the high volatility, the slot has the capability to deliver payouts of more than 700,000 credits, so check it out!

What’s great about it is that its gameplay is actually pretty straightforward. The star feature is the Free Spins bonus round, which can be triggered in numerous ways. You can trigger it the usual way, by landing 3 or more Scatters, or you can fill out the meter above the reels, which resets after every spin. But, if in one single spin you manage to fill it out, meaning fill out the five spots by tumbling wins, you will trigger at least 10 Free Spins. During the Free Spins, the more you fill the meter, the more Multipliers and Free Spins you’ll get. And if playing from a certain jurisdiction where the Bonus Buy feature is available, you’ll get another chance to trigger the Free Spins, by placing an additional bet. This feature, of course, takes you directly to the Free Spins, where the entire action happens.

Yggdrasil and Jade Rabbit’s Statements on the New Slot

Stuart McCarthy, Yggdrasil’s Head of Partner Programs, said that they were dedicated to giving studios like Jade Rabbit a clear path to success, and they were immensely impressed with the studio’s performance so far. McCarthy added that the YG Masters program continued to roll out new titles smoothly, and Jade Rabbit’s debut title Word of Thoth, was an instant hit.

Roger Admeus, the Managing Director at Jade Rabbit Studio, added that the studio strived to provide players with an engaging experience and shared that Word of Thoth would give them plenty of fun, considering the cascading wins, Multipliers and the several ways to trigger the bonus game. Finally, he added that they couldn’t all wait to see how players would like the debut title.